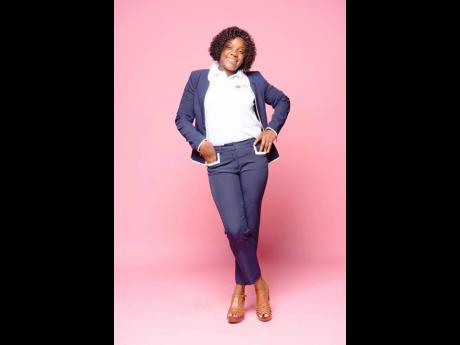 When 26-year-old Sasha-Gay Morrison was laid off from her job as a customer service representative at an airport in Florida, the Jamaica-born woman turned her attention to the cosmetics business. She told THE STAR that she decided to launch a lip gloss line, and the results thus far have been amazing.

"Since I started my business it has been doing well. I didn't even expect it to do so well. The first batch I made went out fast and the second batch just the same, and it keeps doing well up until now," Morrison said.

Originally from Highgate in St Mary, Morrison said she got interested in cosmetics from a young age. "I'm always wearing lip gloss so I decided, why not get involved in selling it. I make all my lip gloss. They are packaged and shipped through the post office or I do deliveries," she said.

"The difference with my lip gloss is that I am not just doing this as a business but I'm doing this with love, so it's just not all about the money, it's a passion I have deep inside, and I try to be different from others," she added.

Morrison, however, is not all caught up in the success of her business. She has one eye on ensuring it succeeds and another on helping Jamaicans at home who are experiencing hard times. She told THE STAR that she already started giving back to people from the profits she makes from the lip gloss business.

Morrison told THE STAR that she feels rather crushed whenever she watched videos of suffering Jamaicans on social media. "Now that I can help somebody, all they have to do is reach out to me and I would try to see the best way I could help them, whether to buy stuff for going back to school or with bills, stuff like that," she said

Morrison said that growing up, her family was never rich. "My parents could afford certain things but not everything we would need, and there were others around me who didn't have anything at all.

"My family moved from Jamaica for a better life, and now I can help to make someone's life better. I just have to remember where I came from. I'm not rich, but if I can help I'm gonna try my best," she said.