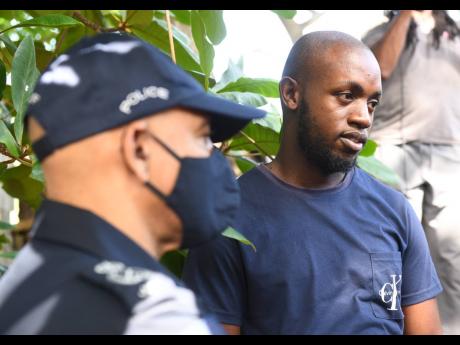 Omari Stephens, the son of Susan Bogle, a disabled woman, who was shot and killed in August Town, St Andrew last week, says he wants the persons responsible for her death to get the full force of justice.

"It can't be because of your address, you're a constant target; because of where you live, you have no right; your constitutional rights are constantly being breached. Those are the stuff that I am for, justice in the sense that the person who did this to my mom gets the full force of justice," Stephens said.

"In my opinion, he acted just like a criminal and he should be dealt with as such. The prime minister called and he said he is on it and he has reached out to the relevant authorities and reassured my family that he is there to support and we can reach out to him, I am really encouraged that he personally called," Stephens added.

The 44-year-old woman was shot while she was in bed. It is alleged that soldiers chased someone into the yard and during an exchange of gunfire, Bogle was hit.

The matter is currently being probed by the Independent Commission of Investigations (INDECOM).

Yesterday, Major Basil Jarrett, civil/military cooperation and media officer for the Jamaica Defence Force (JDF), said the JDF members who were present during the operation have been reassigned to non-operational duties. Their weapons have also been taken for ballistics testing.

Prime Minister Andrew Holness said that having spoken to Stephens, he made it clear that "He didn't want his mother's death to go in vain or ignored by the State."