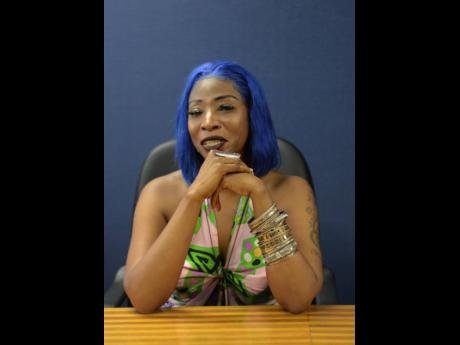 She stated that the money is geared towards paying hospital bills for mothers-to-be, and to take care of other necessities.

"This is for pregnant mothers who are close to their due date but don't see a way out. Through this project, we will be purchasing items for the mother and the baby and so on. I know what it feels like not to have stuff during pregnancy because I suffered a similar fate and was helped by others," she said.

While not comparing her situation to Fearon's, Macka said that the young woman's death set off flashbacks of the difficulties she encountered while she was on a labour ward.

"I was neglected and I had no experience at all as it relates to childbirth. Some of the staff, including the cleaners, were laughing and jeering at me while I was crying out for help," she said.

Macka said that the pain became so great, she yelled out to a doctor passing on the ward and begged for assistance.

She said the doctor instantly examined her and ordered an emergency C-section.

"He was so upset with some of the staff because they didn't pay me any mind when I was calling out," she added.

Macka described Fearon's ordeal as extremely unfortunate and hopes that that a valuable lesson will be learnt by the relevant authorities.

"This is a wake-up call for everyone, including our health care system. Clearly, a lot of things were not taken into consideration as it relates to the life of the young lady that died, and whatever mistakes were made should not be allowed to happen again under any circumstances," she said.

Persons wishing to donate to Macka Diamond's Pregnant Mothers charity may do so at https://www.gofundme.com/f/pregnant-mothers-in-need