ONE-MINUTE READS … News around the world 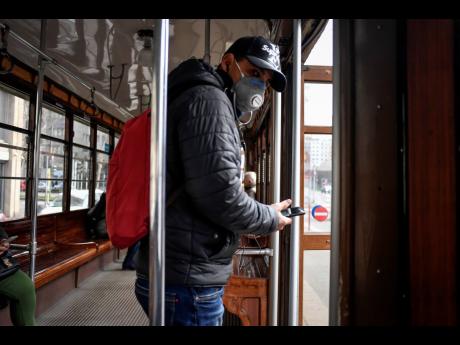 A man wears a sanitary mask as he steps off an empty tram in downtown Milan, Italy, yesterday. 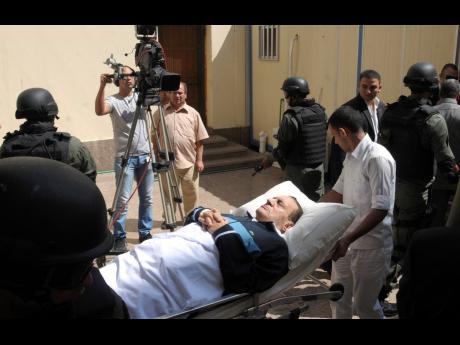 In this 2011 file photo, former Egyptian president Hosni Mubarak lies on a gurney bed while being taken to the courtroom for another session of his trial in Cairo, Egypt. Mubarak, who was ousted in the 2011 Arab Spring uprising, died on Tuesday, age 91. 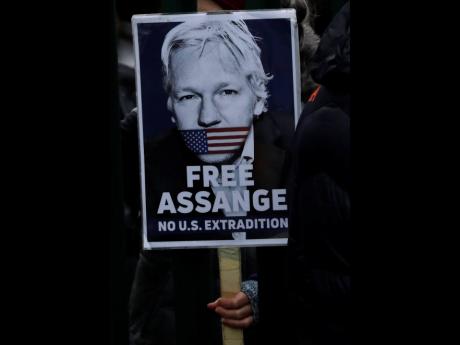 A supporter hold a placard which reads ‘Free Assange’ as she protests against the extradition of WikiLeaks founder Julian Assange outside Belmarsh Magistrates Court in London on Monday.
1
2
3

A lawyer for Julian Assange yesterday argued that the WikiLeaks founder should not be sent to the United States because a U.K.-U.S. treaty bans extradition for political offences.

Assange, 48, is wanted in the U.S. on spying charges over the leaking of classified Government documents a decade ago. American prosecutors accuse Assange of conspiring with U.S. Army intelligence analyst Chelsea Manning to crack a password, hack into a Pentagon computer and release hundreds of thousands of secret diplomatic cables and military files on the wars in Iraq and Afghanistan.

He faces 18 charges of espionage and computer misuse, and faces a maximum sentence of 175 years in prison if convicted.

Assange says he was acting as a journalist entitled to First Amendment protection. His lawyers argue that the U.S. charges are a politically motivated abuse of power.

"If it's not a terrorist case, not a violent offence, then the principle you should not be extradited for a political offence is of virtually universal application," he said in court. "It dates back for more than 100 years."

Trump says US has coronavirus 'very well under control'

US President Donald Trump pushed back yesterday against criticism that his administration isn't doing enough to meet the coronavirus threat, as lawmakers called for giving disease fighters much more money than the $2.5 billion the White House has requested.

The Center for Disease Control and Prevention on Tuesday warned the American public to prepare for an outbreak of the disease, which has spawned more than 80,000 cases around the world but relatively few so far in the U.S.

But before he flew home from India on Tuesday, Trump said the coronavirus situation is "very well under control in our country." The administration has asked Congress for an additional $2.5 billion to speed development of a vaccine, support preparedness and response activities, and to gather needed equipment and supplies.

Egypt held a full-honours military funeral on Wednesday for the country's former autocratic President Hosni Mubarak, who ruled for decades before he was ousted in the 2011 Arab Spring uprising that swept much of the region.

The funeral, replete with cannon fire and a horse-drawn carriage carrying his coffin, highlighted the wartime achievements of Mubarak. It comes as part of a Government effort to make Mubarak's military career his legacy, rather than his time in office.

Mubarak's body was later placed in a tomb a few kilometres away at his family's cemetery in Heliopolis, an upscale Cairo district that was Mubarak's home for most of his rule and where he lived quietly until his death.

Mubarak, who held on to the presidency for nearly 30 years, carried out a brutal campaign against Islamist militants, but also allowed for minimal political dissent from his opponents. Under his rule, Egypt's security branches grew into formidable forces with little civilian oversight, known for their human rights violations. And although he oversaw an opening of the country's economy, much of the country's population slid further into poverty during his time in office.

Italy has seen a dramatic rise in coronavirus cases. There were only three confirmed cases in the country last Friday, but by Tuesday the number rose to 283. Seven persons have died.

Meanwhile, Spanish officials say a tourist hotel on the Canary Island hotel of Tenerife has been placed in quarantine after an Italian doctor staying there tested positive for the COVID-19 virus

The press office for the town of Adeje said Tuesday that the H10 Adeje Palace hotel was in quarantine. Spanish news media says some 1,000 tourists staying at the complex are not allowed to leave.