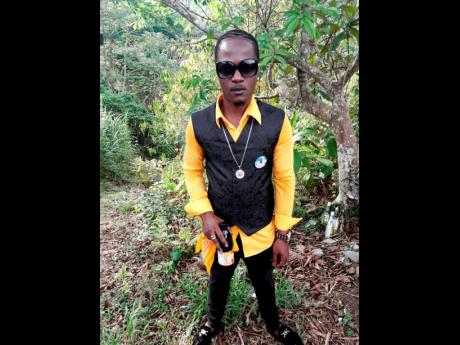 Patricia Francis and her children are still trying to pick up the pieces after they got news that her son, 26-year-old Shamari Waul, was killed in Stony Hill square last Wednesday morning.

Waul, who was heading to work, was one of four persons who were shot.

"Dem did kill him cousin the 14th a January last year. Dem always together, you don't see one without the other. They went to work and went home, but my son stayed in and him cousin went back on the road where gunman shot and kill him. There was a voice message going around after that saying that a the two a dem did supposed to die that night," she said.

Yesterday, police reported that three suspects were in custody in relation to the murder.

Francis told THE STAR that she does not know of her son being involved in any criminal activity, so she is puzzled as to why someone would want to hurt him.

She said that since his cousin's murder, her son only went from work to home.

"It (Waul's murder) hard on my granddaughter. She is used to having her uncle around. She keep calling him. My little cousin keep on a seh 'the gunman just kill Shamari so, dem just tek Shamari from wi'. Even the other day she a seh she not going to school because she miss him," she said, adding that his sisters are still waiting for him to come home.

Francis also said that she would like to dispel news reports that her son was involved in a murder in the area last year, as at the time, he was miles away in Portmore.

According to Superintendent Allison Byfield, commanding officer for St Andrew North Police Division, Waul's name was only mentioned in the incident.

"We are still doing investigations into the matter but at this time there are no facts linking his involvement, just suppositions," she said.

Francis is asking persons to stop circulating the video of her dead son.

"Everywhere mi go, the video is on someone phone and they are playing it. It is hard enough that we have to be coping with this but to be going about and hearing it is not helping," she said.