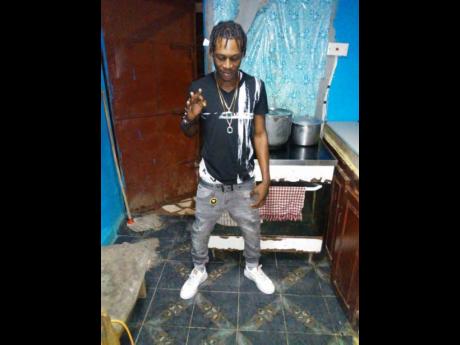 A distraught mother is fearing the worst for her 19-year-old son, who went missing nearly two weeks ago.

Karen Warren said that since the mysterious disappearance of her son, Ricardo Williams, she has received disturbing calls from unknown persons saying that he was chopped up and buried. She said that she has shared that information with the police.

Williams, who lived on Melrose Avenue in Strathmore Gardens, St Catherine, has been missing since February 7.

"He is my belly pain and I know that something is wrong. Honestly, mi feel like him dead because my son nah just go way like that and not answer his phone. I spoke to him the day before he went missing and we were supposed to go somewhere the following week. If dem kill him, mi a beg dem just talk where his body is so I can bury him. Or if dem tie him up somewhere, just release him or tell us where to find him," she said.

Reports from the Spanish Town police are that Williams, who they say frequents the Frazers Content area, was last seen at home, wearing a grey shirt, grey pants and a pair of white sneakers.

However, Warren said persons told her that they saw her son in the company of a woman the day he went missing.

"Mi hear say him answer the phone and say 'now?' And after that him go buy a pack a condom and leave and say him soon come. Persons said they saw when the female come and meet him ... but that was the last time they saw him," Warren said.

Anyone knowing the whereabouts of Ricardo Williams is being asked to contact the Spanish Town police at 876-984-2305, police 119 emergency number, or Crime Stop at 311.