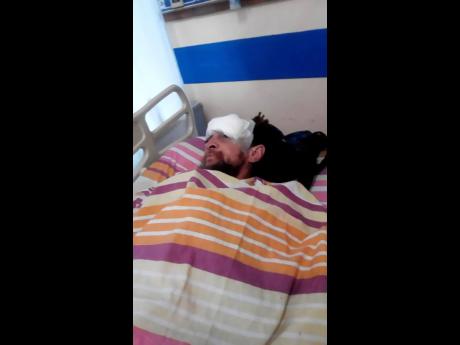 Dilly Lee has been hospitalised since he was hit on the head with a stone. 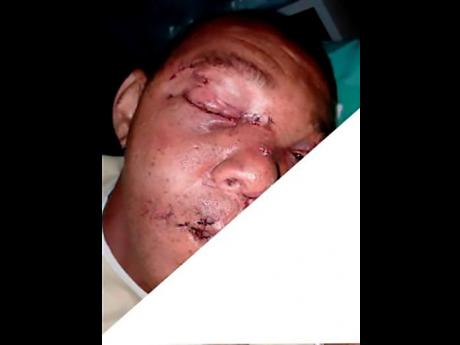 Oral Lee was attacked by the reptile when he and a friend went diving in the Rio Minho in Clarendon last September.
1
2

Evelyn Lee and her family were counting their blessings after her brother Oral Lee survived a crocodile attack in Clarendon last September.

Oral lost an eye and suffered a broken jaw. And as he slowly recovers from that incident, family members have yet another near tragedy to deal with. Another of Evelyn's brother, Dilly Lee, was left unconscious after he was hit on the head with a stone on January 8.

So damaging was the injury that Dilly is going to need to have a set of surgical pins and screws, which costs $140,000, placed in his head.

"We really don't have money and this is an emergency because the longer we take, is the worse his condition may get. Right now he is not acting like himself at all. From last month, we have been spending up our monies on funerals and illness because it was just last year that my other brother was attacked by a crocodile and had to do a surgery as well. He is still not fully better and now this," Evelyn said.

She said that Dilly, 49, was hit in the forehead with a stone following a verbal altercation that had got physical at his home in Manningsfield, Manchester.

"The stone lick him on the right side of his forehead and he was rushed to the Mandeville Hospital, where he spent a few days before he was transferred to KPH (Kingston Public Hospital). His brain got damaged and his skull was resting on his brain," she said.

Oral said that in the midst of the pain that he is currently enduring, he can't help but to believe that is family's faith is being tested by the devil.

"We lost two persons last year and we recently buried another family member who was a child. I'm wondering what's wrong. Why is tragedy stalking the family? It's like Satan testing the family. Him try with me and it nuh work and him try with mi little brother now. It really rough," he said.

Oral said he is encouraging his family to pray for divine intervention because only the Almighty can put a stop to their ordeal.

"Last year, I had the hardest experience of my life and I never know that I would be alive today. I still have nightmares about the situation and there is not a day that I can't see or hear the crocodile crushing my face in. I get flashbacks every day," he said.