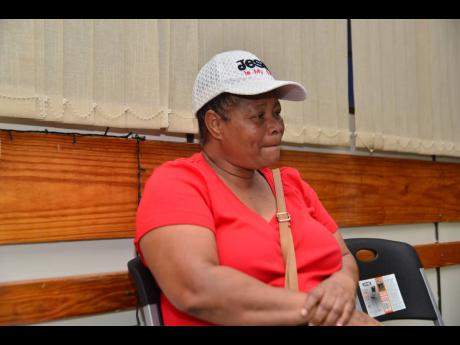 Dorna Harriott fears for her granddaughter. 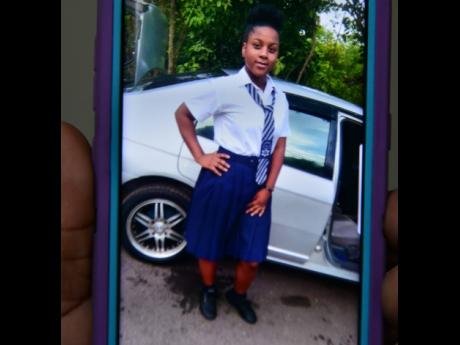 The teenager, who hails from Castle Heights in Barbican, St Andrew, has been missing since Monday.

Her grandmother, Dorna Harriott, said relatives are worried sick and are appealing to the youngster to return home.

"Khareca, I need you to come home because everyone is worried about you. We haven't slept or eaten well since you are not home. Also, if it is someone who is holding her hostage, please send her home. You know mi love you. Mi have you from you a three years old," she said in a desperate plea as she spoke to THE STAR.

Harriott said that on Monday evening, she and Khareca left Barbican to attend a church meeting in Portmore, St Catherine.

"We reached the Pentecostal Church that we attend on Grants Pen Avenue to wait on the bus that was supposed to take us to Portmore. Then I remembered that I hadn't eaten and I had taken my diabetic medication. So I sent her to purchase food for me nearby. The food shop is about a five-minute walk from the church," she said.

Harriott said that she became concerned when Khareca did not return after a while and decided to go in search of her.

"Honestly, I wasn't thinking that she was missing, but the church bus came so I went to look for her to tell her that if she didn't buy the food already, she shouldn't, because the driver didn't allow anyone to eat in the bus. Turned out she wasn't there and it didn't take long for me to realise that something was wrong," she said.

Harriott said she wondered if Khareca didn't want to go church after all, and had simply returned home.

"But she never deh nowhere at home. I had her phone in my possession and none of her clothes was missing. I called her mother and went to report her missing at the police station. Khareca isn't the type who give trouble. Mi have her from she is three years old and mi and her mother make sure she have everything for her comfort," she said.

Harriott described the teenager as a well-behaved child and a well-rounded student who would participate in many extra-curricular activities at the Shortwood Practising Infant, Primary and Junior High School.

She, however, stated that her granddaughter may have succumbed to peer pressure because hours before she went missing, she lied to her about attending extra lessons.

"Right now, mi blame myself to send her go buy the food, but mi always send her go shop and she come back. She is a good girl, she has never ran away or gone missing before," she said.