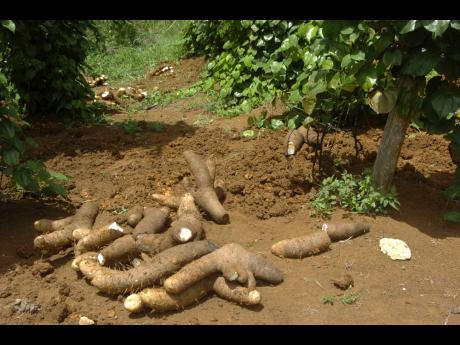 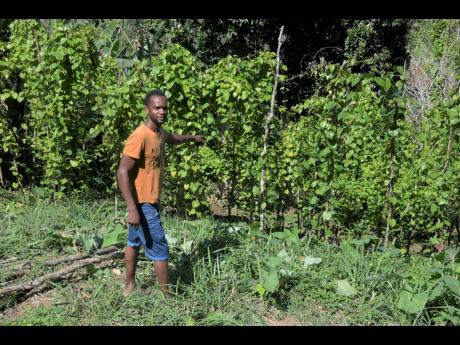 Take a drive or stroll through Criaghead in Manchester and one will surely come across a male or a female with a cutlass that is sharpened until the blade is shiny. Don't be alarmed as these individuals are most likely one of the hard-working farmers of the rural district.

However, these men and women say they have very little to smile about as they are barely making a profit from their produce, especially yellow yam.

Kevon McLeod said that farming has not been very profitable for him. He stated that the farmers spend the majority of their day on their farms and on any given day, the 'yam grungs' are buzzing with activity from about 5am.

"We buy a 100 yam sticks for $6,500 and we have to pay a vehicle to take it to the destination. We also have to pay somebody to do the hill, then there is the purchase of fertilisers, among other things. Imagine, we have to sell it back to the companies for $7,000 for a 100-pound weight. Even if you can't do maths, you will see that we are not making any money. Is just because we don't want tief," he said.

Similar sentiments were echoed by a female farmer.

"The market people dem nuh too different from the companies dem because dem will bawl and say a $30 or $40 (per pound) dem a buy it fah, and den dem go market go sell it for double or triple the price. Sometimes mi make the trip myself and is so mi see a little money to buy piece a bread," she said.

McLeod said he is hoping that in the near future, they will see in a hike in yam prices so that farmers can see the fruit of their labour.

"Mi nah ask to be rich but mi just wa we can survive off of the sales," he said.