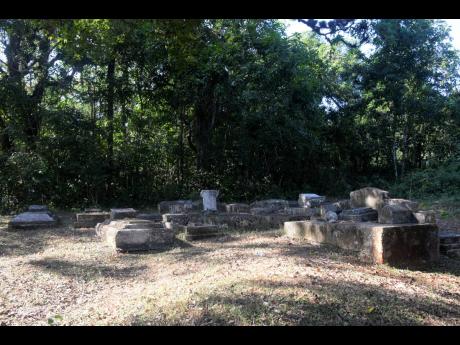 Some of the graves that will have to be moved to facilitate the highway. 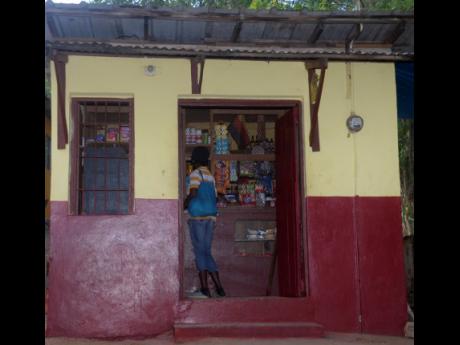 This community shop will also be demolished. 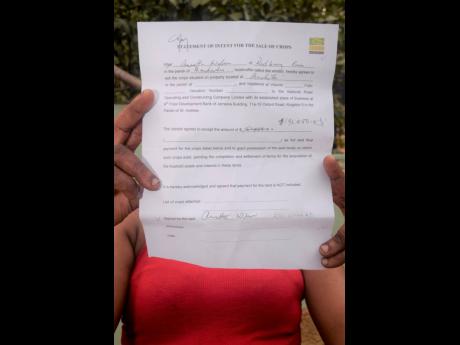 A farmer shows the statement of intent for the sale of her crops. 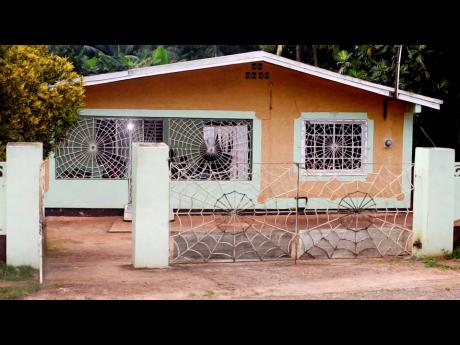 The residents of this Redberry home said that they will have to move.
1
2
3
4

Change is coming for some residents of Redberry district in Manchester, but the majority are not welcoming it.

With the impending construction of the Manchester leg of the South Coast Highway, some persons were notified that their homes and farms will be moved, for which they would be compensated.

Like most of the residents, Lloyd James, a farmer, said he is concerned about the health hazard.

"My house is about 100 metres from where they will be working and there is going to be a lot of dust. So I want to know who is going to clean my house after and who is going to pay for all the medical problems that the dust going to cause? When I am watching the television, especially the news, I don't even talk to anybody and now the noise is going to disturb me. I like my space and that is why I built my house where it is," he said.

He said that unlike posh communities of Jamaica, they do not get water in their pipes.

"We have to store water, so when they exhume those graves, that dust is going to go into our water that is stored and when we consume it, we know what is going to happen. A lot of those graves are decades old, so persons may have died from deadly diseases like cholera. They don't care about the people," he said.

James was also concerned about having a few uninvited guests from the paranormal world.

"Far as I know, those duppies, especially the children, are going to run right into my house to play and I can't have that. You should not interfere with the dead. This a serious ting," he said.

Like James, another farmer who gave her name as Rose stated that she will be losing her source of income in the process.

"We were told that we should stop farming in June and if we do go ahead and plant, we will not be compensated for it. Mi have to be taking up mi tings and go plant dem elsewhere. They evaluate the land really cheap so we nah go really get nothing. The authorities said we have to come off the land by April, so it nuh make any sense plant anything, and is not like we get pay for the things as yet," she said.

Other residents noted that they recently attended a meeting with a few of the stakeholders in another community but their concerns were not addressed properly.

"They used a lot of big words like they wanted us to walk with a dictionary. They even went as far as saying that they have something that can cover the dust but how can you cover dust? And if this was the case, why wasn't it done in other communities?" a woman said. "Development is good but when persons are going to lose their homes that were built by past generations, it feels like you are losing a big part of your history. Soon we gonna have to pay to drive on the same spot that we used to walk free. Dust a go kill we off and we a lose we farms and a that give us money."