I never gave up on him - Mom overjoyed, as she’s reunited with baby stolen last October 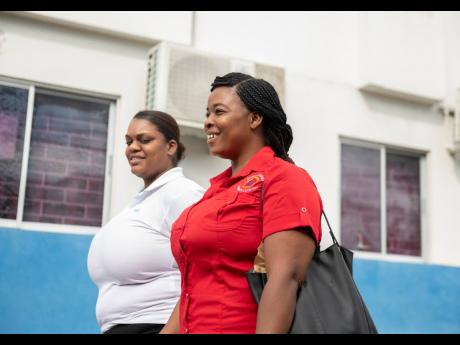 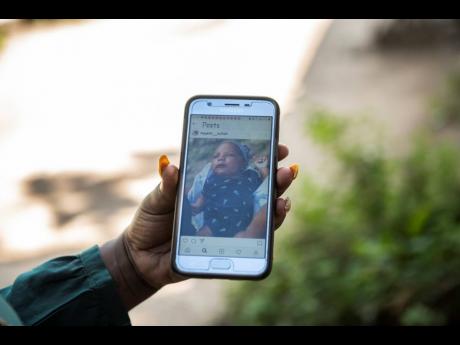 Instead of bonding with her newborn, 17-year-old Aaliah Wray had only sleepless nights for the past 15 weeks.

In between tears, she would make numerous posts on Instagram seeking the public's assistance in finding her son Nyyear frank, who was snatched along Rousseau Road in St Andrew, last October 13.

Yesterday, the teenager was still in tears, but this time it was the joyous occasion of being reunited with her son, who is now a little more than four months old.

"Honestly, I feel like I want to run and scream. I feel excited ... I can't explain all the emotions that I am going through but all I know is that I would never give up on my son. I am so happy" she said.

Baby Nyyear was found yesterday at a house on Finch Crescent, a community off Waltham Park Road.

Head of the police's Corporate Communications Unit, Senior Superintendent Stephanie Lindsay, said the arrested female is being questioned by investigators.

In the meantime, Lindsay said the baby appears to be in good health.

Nyyear's grandmother, Shernett Wray, was also smiling from ear to ear when she exited the Half-Way Tree Police Station yesterday.

Like her daughter, she stated that she was overwhelmed and consumed with joy.

"When my daughter called me and told me that she found her baby, I just started to cry and I left from work to be with them. I am just very, very happy. The baby is OK. For the months that he was missing, we had sleepless nights and we cried a lot. My daughter is just overjoyed, she can't stop crying," she said.

Last October, Aaliah told THE STAR that weeks before her son was stolen, a friend introduced her to a woman on Instagram, who said she had some baby clothes to donate as a gift.

The mother said she was on Rousseau Road when her baby was snatched.

"I was still walking with the baby and a car just drove up and dragged me inside," she said.

Wray said that along with the driver, there was another man inside the silver Toyota Wish motor car.

"I was fighting and I even tried to jump out of the moving vehicle. The man held on to my throat and dragged the baby away, after which he opened the door and used his foot to kick me out," she told THE STAR.