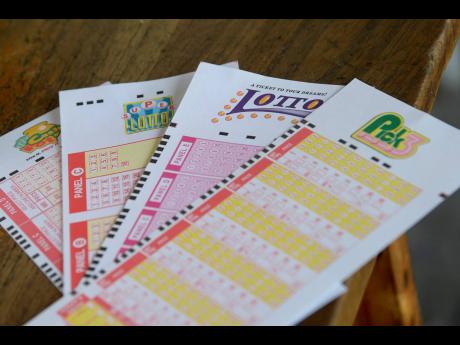 What would you do if you gave your friend a set of numbers for the lottery and he hit the jackpot?

Jamaica's latest Super Lotto winner, E. Byfield, said that the numbers that got him the $152.4 million jackpot were supplied by his friend.

And it was Byfield's friend who checked the Supreme Results App on January 1 and found out that the numbers had been played. He contacted Byfield right away.

Asked how he intends to reward his friend for helping him to win, Byfield said he had not yet reached that point.

"I don't really decide yet, enuh," he said, while adding that he is thinking of how best to repay his friend. "I plan to give them a good money."

Byfield said that his ultimate dream is to purchase a house and to invest in business ventures.

"We are overjoyed that the last Super Lotto winner for 2019 ended the year on a perfect note. As one of two major jackpot winners, E. Byfield will now realise his dreams and become a member of the millionaire club," she said.

But why did Byfield take 13 days to claim his prize?

"Mi have some business a do and couldn't find the time. That is there already so mi nuh bother run it down," he said.

And now that the funds are about to flow into his accounts, Byfield was asked if there was a place that he always wanted to experience that he could now visit, being a super millionaire.

"Mi nuh have that in my intention but I would take a likkle tour. Mi haffi enjoy mi self, enuh. Yeah man, mi ah tek some tour," he said.

When asked if he would tour multiple world destinations, he chuckled "Well if I can afford it."