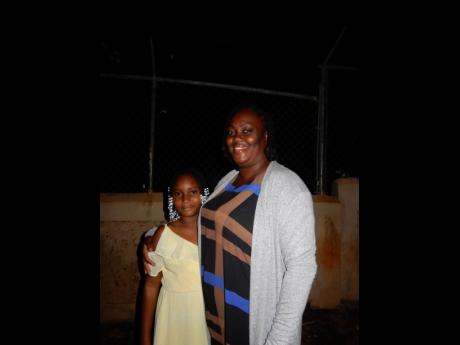 She is just 10 years old, but listening to the songs she sings, you would think that Khadijah Morgan was born in another era.

Recently, this youngster had adults in amazement as she belted out the words of songs they were more familiar with, particularly southern gospel from the age-old group, the Gaither Vocal Band.

Her deep, rich voice had the Mount Zion Church of Christ the Redeemed in Belleview, St Elizabeth, on fire as she brought the age-old words to life.

In an interview with the CENTRAL STAR following her explosive performance, Morgan said she never liked modern songs, but always had an affinity for the gospel songs of yesteryear.

The youngster said other than southern gospel, she also loved African gospel.

CENTRAL STAR asked how one so young fell in love with songs way before her time. Her mother, Nadrika Gordon, smiled at the question.

"Khadijah has always been a 'different' child," she said, adding that from she was five years old, she was drawn to those songs, always singing them, and even making up her own.

Khadijah, who said she some day hopes to be an international singer as well as a nurse, attends the Mayfield Primary and Infant schools, as well as Belleview Seventh-day Adventist Church.

In addition to singing, she has strong views about the world children like herself must live in.

Stating that she was tired of hearing how many children have gone missing or were being killed, she said she wanted to live in a world where she didn't have to be afraid.

"I think they should leave children alone and stop raping them. They (children) should be able to walk on the street without having to look around or be scared," she said.

Gordon said that her daughter has always been mature and never afraid to speak her mind.

"She is enthused about everything she does and I am proud of her," she said.