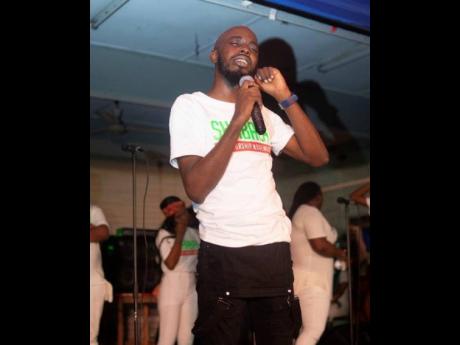 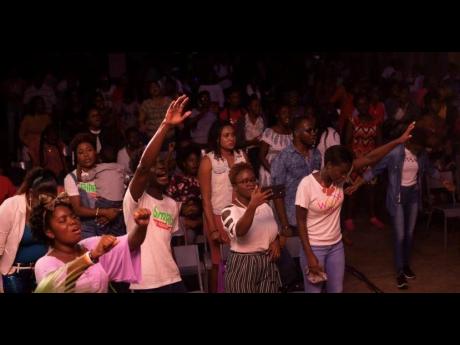 Shot of the audience from a previous Shabach concert.
1
2

Noel Bell, 30, is the founder of the Shabach Movement - a worship movement that makes donations to the Sickle Cell Support Foundation of Jamaica (SCSFJ).

Bell, who is a final- year student studying philosophy, theology and media at The University of the West Indies (UWI), has been living with sickle-cell since he was young, but last December, things took a drastic turn.

Sickle-cell disease is a group of disorders that affects haemoglobin, the molecule in red blood cells that delivers oxygen to cells throughout the body. Signs usually begin in early childhood.

"When I got sick, I developed what doctors call acute chest syndrome, which is another complication of the disease. What really starts it is a painful crisis in the chest. It's a series of painful episodes that happen across the body. So developing that now it a little bit challenging for me because I work and I am a student. It kinda slows me down a little bit," he related, adding that he is the only person in his family with the disease.

He says he wasn't shocked when he found out about the development.

"You see, when you live with sickle-cell and learn about the plethora of complications that it comes with, you can only expect and do all you can and limit as best as possible some of the damaging effects. I wouldn't say I was surprised ... it was just in my head, that 'OK, now that I have this, how do I deal with it'?" the Lower Mall Road, Kingston resident shared.

His condition was the inspiration behind starting the Shabach movement.

"What really inspired me to start it is actually my love for worship. And also, I saw the need to do something that would benefit the Sickle Cell Support Foundation, seeing that I'm also a patient who is currently living with sickle-cell. It is a gospel concert, but I think of it as more. It's more like a benefit concert.

"It's not something that I plan on stopping anytime soon. Because it's a worship movement, we have seen where lives are being changed. Not only from the perspective of persons who get the donation, but the young people as part of the event," he added.

The event is held twice a year, in May and November.

"I have a team that works with me. In terms of keeping it successful, we try to do something different than what other gospel events are doing. So we recognised that there was a space in the university and young Christians who want not just another concept, but something that would've been more intimate for them. That's how we've been gaining our success."