ONE MINUTE READS - News from around the region 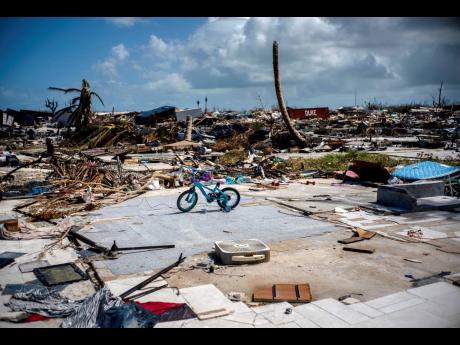 An abandoned bicycle stands in a space that used to be a house, in a neighbourhood destroyed by Hurricane Dorian, in Abaco, Bahamas. 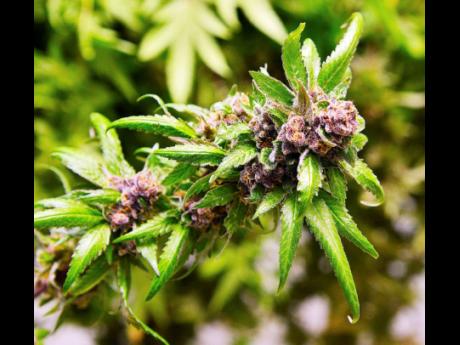 The strain of marijuana produced by EPICAN in Jamaica is known as ‘Purple Skunk’. 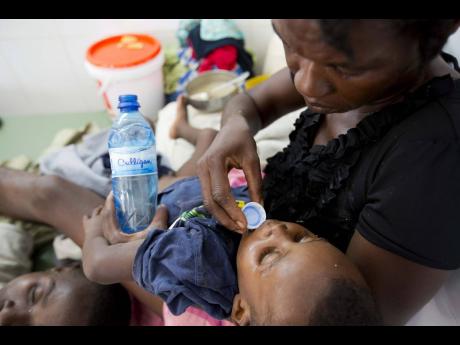 In this 2016 photo, a boy diagnosed with cholera receives treatment at a cholera centre in Anse D’Hainault, Haiti.
1
2
3

Donors pledge more than a billion dollars in reconstruction aid

The Bahamas has been promised US$1.5 billion in assistance as it seeks to rebuild the country that had been battered by a Category 5 hurricane last September.

A United Nations Development Programme (UNDP) sponsored Hurricane Dorian Pledging Conference held at the Baha Mar Convention Centre on Monday and attended by more than 300 local and international delegates, has also resulted in “some unspoken pledges”.

Prime Minister Dr Hubert Minnis said the pledges were “an important step in the ongoing reconstruction and rebuilding of areas affected by Hurricane Dorian, so that we may rebuild stronger and with more resilience.

“We are grateful to domestic and international partners, including foreign governments. We look forward to other possible contributions to help in our recovery efforts,” he said in a statement.

But Weir has hinted at the possibility of Barbadians having to be prepared to make “heavy investments in order to get going” into the new industry under which the Government will allow the cultivation of marijuana for medicinal purposes.

Weir told the online publication, Barbados TODAY, while he is “happy to report that the authority is established, and they are ready to work,” he is hoping that the first of the license would be ready to be issued before February but no later than the end of that month.

“By February all of the necessary information should be in the public domain, so that the public will be aware of the process and what they have to do in order to be able to start to apply for licences,” he said, even as he declined to disclose the cost of the various categories of licences.

The Agriculture Minister said that while Barbadians will not be left out of the new industry, they must be prepared to make heavy investment in order to get going.

Police arrested a total of 27 people over the weekend, including three men accused of a brutal attack on a pizza delivery man and four others accused of importing drugs worth than half a million dollars.

Detective Chief Inspector Grant Tomkins told a news conference on Monday that many of the arrests were made as a result of a “robust and proactive response” by police to a series of firearms-related incidents in northeast Hamilton.

Tomkins said that the response included a strong police presence at events, licensed premises and sports fixtures over the weekend.

Detective Inspector Derek Berry said that three people had been arrested in connection with the violent robbery of a 40-year-old pizza delivery driver at the island’s west end last Wednesday.

Cholera, gone, but not forgotten

But they said due to the hard work of the Haitian Government and the population in partnership with PAHO and other agencies, there have been no confirmed cases of cholera since the end of January 2019.

“As Haiti approaches one year free of cholera, the disease may be gone, but it is certainly not forgotten. Now is the time to act to ensure that cholera in Haiti remains a distant memory.”

The two agencies said cholera is a disease of inequity that unduly sickens and kills the poorest and most vulnerable people, mostly those without access to clean water and sanitation.

“It causes severe diarrhoea and dehydration that can kill a formerly healthy person within hours. So long as diseases like cholera remain, we will simply not achieve universal health, nor will we ensure the very crux of the sustainable development agenda – leaving no one behind.