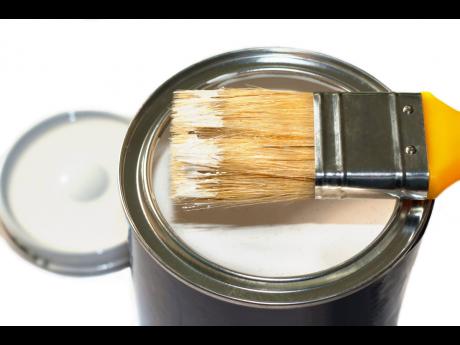 Cleaning and preparing her home for the Christmas holiday last week Friday, Jocelyn Lewis bought a big bucket of paint from a man in downtown Kingston, hoping to beautify her walls.

But as she began painting, she realised that a pungent odour permeated her living room. After checking the paint bucket, she stumbled upon what she believes to be faeces.

Lewis told THE WEKEND STAR that her entire house reeked of faeces for a while.

"Me caa bada wid dem deh dutty paint deh! Buy it and sh*t all in deh and stink up the house! The paint stink! Lord God ... me buy one bucket a paint out a town and did affi dash it weh," she said.

Checks at retail paint stores revealed that a gallon of water paint is sold for about $1,800. So, saving a little more than $1,000, Lewis saw a great deal.

"Me pay $700 fi the paint pon West Street, near Pechon Street. Me neva go back and look fi di person cause me wouldn't find him. Me just dash it weh," she said.

Lewis said that she did not smell anything out of the ordinary when she threw some of the paint in another container to add water.

However, it was an eruption of unpleasantness when the paint brush hit the wall.

"A start me did start paint and me smell the house stink. So me ask me sister a wah dis. It neva smell when me did a mix it, enuh, but when me start use di brush now a put it pon the wall, the whole place stink. No sah, me nuh know a why dem woulda do dat," she said.

Lewis' sister, Pauline, who lives with her, says it's a regular thing to buy Christmas paint on the road, so this came as a disturbing surprise.

"Me always buy dem road paint deh a Christmas time and paint ina the bedroom dem. But dis one weh she buy different! We smell di house stink! When she use one stick and stir up the paint, a bare do-do ina the paint. Me caa bada ... a bare foolishness."

Meanwhile, Jocelyn said she had to think fast and do everything she could to rid her house of the foul smell.

"A good thing me neva done nuff a di wall and a good thing a did water paint. Me get a bucket a soap wata and me afi wash and wipe off every last drip a di wet paint, den paste and scrub di wall with Fabuloso and bleach. Me affi open up all a di window dem and spray out di place. Me did afi do all a dat before it dry, else sh*t woulda kill we," she said.