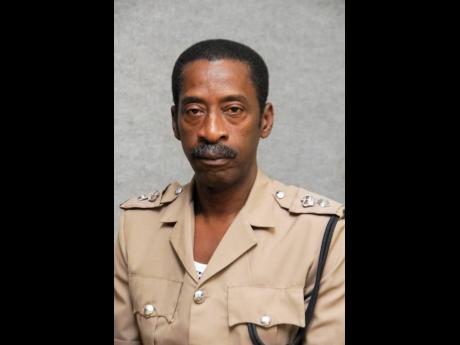 "Christmas is something that I love; I don't love any other holiday like how I love Christmas," said former senior superintendent of police in charge of the Traffic Division Radcliffe Lewis.

Though Christmas was always a special time for Lewis, he did not hesitate to recall Christmas of 1964, which surpassed all others and, even now, still lingers in his mind at the age of 66.

Lewis, 11 years old at the time, received the gift of his very first water gun and another toy gun that was able to fire blank shots from older sister Patricia. For as long as he can remember, Lewis has always wanted to join the police force; however, it was receiving these gifts that further prompted him.

"At that time, my twin brother and I would always play 'police and thief'. I was always the police, and see, I grow up to be a police," Lewis told THE STAR.

In addition to his special gift, that Christmas, Lewis got to experience bumper cars for the first time as they were brought to his district of Siloah, St Elizabeth.

"Let me tell yuh, man, myself and my brother had a hell of a time. It was so exciting. It was the best Christmas I have ever spent!" Lewis exclaimed.

He told THE STAR that to him, Christmas has always been a time for reflection.

"So you can lie [to yourself] and all that, then you can sit and reflect on what has transpired over the year and reminisce," Lewis said.

He also compared Christmas of his youth to Christmas now, saying, "Those times! You have jonkonnu, you have merry-go-round, all sorts of things, and in those days, you could really enjoy yourself."

Lewis asked: "Did you know that rats love coffee? Rats love coffee juice, so when they would bite the coffee to get the juice and the coffee itself would drop on the ground, we call it 'rat-cut coffee'. As youths in the district, we would go around to pick up the coffee and sell it back, and that's how we would get money to buy ourselves gifts. I don't think they do that anymore."