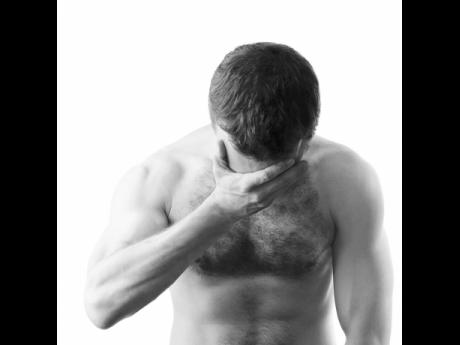 A t e acher from a prominent high school in Clarendon has been placed on probation following a photo that has been circulating of him and a past student.

Acting principal for the school told THE STAR that the decision was made to place the teacher on probation as the time the picture was taken is not yet known.

According to the school official, the student graduated from the institution roughly a year ago.

"We became aware of it (the photo) through staff members and parents, who called to say that they have seen it. The board is dealing with the matter," the school official said.

The teacher, who has been at the school for less than 10 years, has taught both lower and upper school students.

The acting principal told THE STAR that currently there is no policy that dictates what happens when a student graduates from the school as it relates to having relationships with staff members.

However, the official noted that while a student is at the institution, teacher-student relationships are strictly prohibited.

The official said that the board is meeting to determine whether the photo is a recent one, or one from when the student was still enrolled.

"The board is going to meet to decide what to do. They are going through what they should in order to have the matter settled. He (the teacher) is on probation until the matter is resolved. There is no policy to say a teacher cannot date a past student but we have never encountered this sort of thing. It is the first we (the school) are encountering this in particular. We haven't had any staff member who was involved in something like this where the school had to deal with it," said the official.