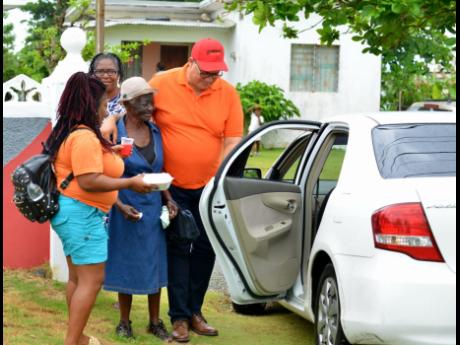 Kenyon Hemans/photographer The People's National Party's Richard Azan assist Viola Panton, 85, to a vehicle, after she casted her vote in the Manchioneal division in East Portland. 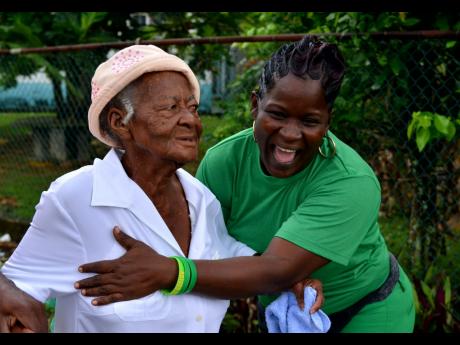 Moments after exiting the polling station at Windsor Primary in the Fellowship division in East Portland, a young voter made a strange comment.

"Do di Maths," the voter, dressed in green shirt, told a woman, who appeared to be working on behalf of the Jamaica Labour Party.

"Me dweet so come now before mi leave here so, cause mommy tell me fi ask fi yuh," the voter said.

The party representative responded: "Oh, you dweet already? But a nuh me yuh fi go to, see di man deh over deh suh. Just go over deh whisper inna him ears. Tell him a me send yuh. Gwane now."

The STAR watched as the young lady made her way to a gold Suzuki Vitara parked opposite to the polling station and knocked on the window. She waited a few seconds before she was allowed entry.

She had dialogue with a male who was behind the wheels. The vehicle then they drove off. It is unclear what transpired afterwards.

The PNP’s Damion Crawford and the JLP’s Ann Marie Vaz are contesting the seat.