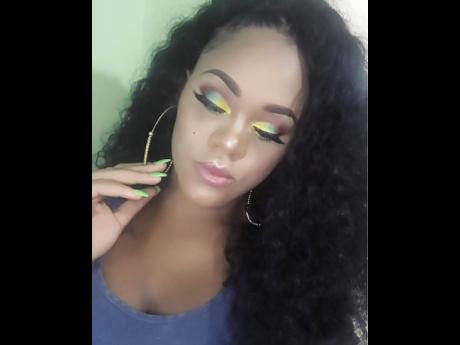 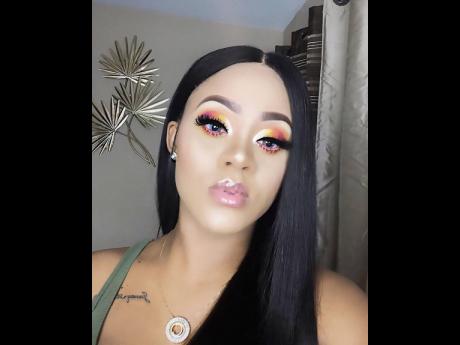 Any female who is addicted to watching make-up tutorials online may just know Julian 'Chrissy' Carter.

The Linstead, St Catherine native has been attracting thousands of viewers with her live videos via her Facebook page, WatchCrissyWork.

The self-taught make-up artist has worked with well-known personalities such as Lisa Hyper, Wally British and the Taylor Girlz.

In an interview with THE STAR earlier this week, the 29-year-old said that it was her own flaws that influenced her career decision.

"I wasn't born with eyebrows, and I liked to see persons with their brows shaved. I thought about tattooing them on, but changed my mind. I also have skin discolouration and freckles in my face, and I wanted to hide them sometimes," she said.

"Then one of my friend told me that I could do it by make-up, and she told me to go on YouTube and watch the videos. I didn't even have the right materials, like brushes and so on, so I started to practise with a little paintbrush with a cheap concealer and a eyebrow pencil," she said.

Carter, between laughter, explained that it took a lot of encouragement from her husband and her friends to start building her own clientle three years ago. Looking back, Carter said it has been one of her best decisions, as she has been steadily earning an income from what she first saw as a hobby or pastime.

"I then started to practise on my friends and relatives in my hometown of Linstead. but when persons started to tell me to do other persons' faces for a fee, I was somewhat afraid. I then took the chance, and my clients like it. My husband then encouraged me and said we should create a YouTube page and social media pages. He came up with the name Watch Chrissy Work, and that was officially the start of my business," she said.

"The first live we did, I got about 20 viewers, so that motivated me; and then my client base really increased. Going live on social media got me a lot of clients, and that is what I always encourage small business owners to do, and that is to advertise their products via that medium. For most part, it is free, and it is not there just to post pictures and read comments, but persons can earn an income from these sites," Carter said.

This summer, the make-up artist said that she will return to Jamaica to launch her lipstick line. She will also be hosting make-up workshops.

In addition to make-up, Carter recently added wig making to her resume.

"I wasn't going to pay US$300 to get my hair done, so once again I went on YouTube and learned. The first wig I made could not fit my head, but I went back to the drawing board. Now, I have honed my skills and I am now selling my own customised wigs," she said.