Kingston man missing for more than a month 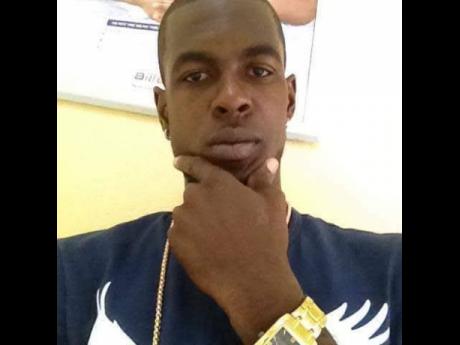 The Kingston Central police are working feverishly to unearth the circumstances leading to the month-long disappear of Shipping Association of Jamaica employee Leslie Thompson.

According to reports, the 32-year-old, who hails from a Love Lane address in Kingston, was last seen on Wednesday, January 23, as he left to pick up his children from school.

According to his cousin, Oneil McDonald, Thompson did not reach his destination and all attempts to contact him have proven futile.

He told THE STAR that the family is seeking closure and are fearing the worst after his black Honda CR-V was found in Portmore two days after he went missing.

"We are asking anyone who knows anything to just reach out to the police or us, his family. Leslie would never ditch his family like that, especially his three children. We are all worried and we just want to find him. We want some form of closure. We are praying every day that he will return home safe, but it has been a month and we have no word or update to find out what has happened to him," he said.

Thompson was last seen wearing a black jeans shorts and a white merino. McDonald said he could not think of a reason why anyone would want to harm his relative who is described as having a warm personality.

"His vehicle was found in good condition, so we are assuming it wasn't a robbery or anything. We are taking it hard and trying to take the thoughts out of our head that his body could be dumped or buried somewhere; but even if that is the case, we just want to find him. My cousin is not known to have any enemies and he is definitely not a wrongdoer, so I can't think of anyone who would readily want to do him anything," he said.

Persons who may have any information on the disappearance of Leslie Thompson are being asked to contact the Kingston Central or Waterford Police Station.