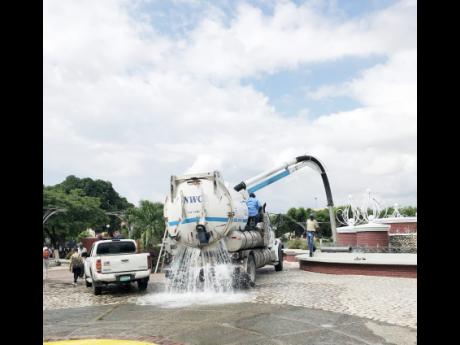 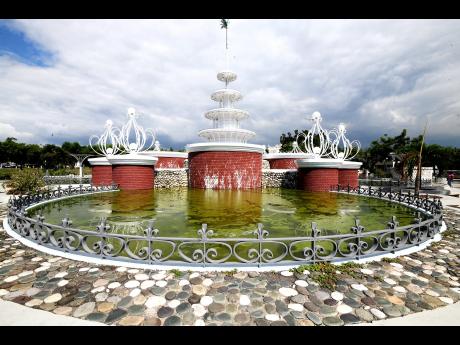 Ricardo Makyn/Chief Photo Editor The fountain in St William Grant Park in downtown Kingston was quite an eyesore before it was cleaned on Monday.
1
2

With the country currently experiencing a dengue outbreak, users of the St William Grant Park in downtown Kingston were on edge recently.

This was because the fountain that is located at the centre of the park was in dire need of drenching, as it was filled with murky water that appeared to be a breeding site for mosquitoes.

During a visit by THE STAR on Monday, several persons expressed concerns about how long it took for the problem to be rectified.

"Like how it (fountain) stay ya now with the green water, the park should not have been opened until the fountain was cleaned. Everywhere you go you hear about dengue," a woman told THE STAR, pointing out that the park was cleaned in December.

The woman explained that she walks through the park regularly, but she fears being bitten by mosquitoes during her journey.

Another man, who our news team saw looking at the stagnant water, said: "From you see that you know say a mosquito water. Yuh see how it green. Dem shouldn't mek it reach to this, and dengue a kill people. How we fi enjoy the park?"

Those fears, however, quickly vanished on Monday when sections of the park were temporarily closed to accommodate a National Water Commission (NWC) drenching operation.

Some persons were slightly inconvenienced as some gates were closed to facilitate the large units entering the park and for workers from the NWC to conduct the operation.

A groundsman attached to the park told THE STAR that the water had been settling in the fountain because the pump has been malfunctioning and is in need of urgent repair.

Our news team was told that the issue is being dealt with, as the authorities are trying to procure a replacement pump.