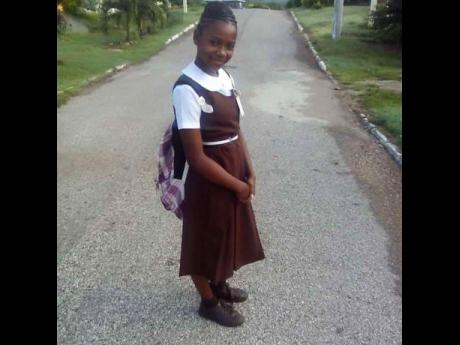 Having won a gold medal in one of the Jamaica Cultural Development Commission's performing arts competition last year, Central High School student Areel Foster had already began working on a solo entry for this year's contest. The school's choirmaster, Ann-Marie Campbell-Williams, was helping her with her song of choice, Tamela Mann's I Can Only Imagine.

However, the teenager, who along with team members sang their way into the top four of last year's TVJ's All Together Sing, has been robbed of a chance to yet again show off her vocal range. Foster, 14, died at the Kingston Public Hospital (KPH) on Wednesday morning. It is suspected that she had contracted dengue fever.

"I keep asking if she is really gone. I can't believe it. I video- called her the night before she passed, and she told me she was feeling very weak, and was having breathing problems. I was really expecting her health to turn around, but sadly it didn't," Williams said.

Foster's father was said to be too devastated to speak. He has been the main figure in her life since the death of her mother when she was in grade four.

Williams described her late student as one who was extremely dedicated to the school's choir and sported a warm personality.

"She was a very loving, caring, and mature person. Music was very important to her, and she has been a part of the choir since grade seven. She was very dedicated and hardly ever missed a practice or rehearsal. The only time she would miss a practice was if she had to go and pick up her younger brother, and most of the time she would take him back to practice with her. Music was that important to her," the teacher said.

Marjorieth Manning, Foster's grade nine supervisor, told THE WEEKEND STAR that students and staff alike have been shaken by the young singer's death.

"It's hard, very hard. We are dumbfounded and don't know what to say, but we have to be there for them and allow them to cry," the teacher added.

Foster, who spent her Christmas holidays in Portmore, St Catherine, did not return to school after the holidays as she was ill. She was first admitted to the May Pen Hospital and later transferred to KPH where she died.