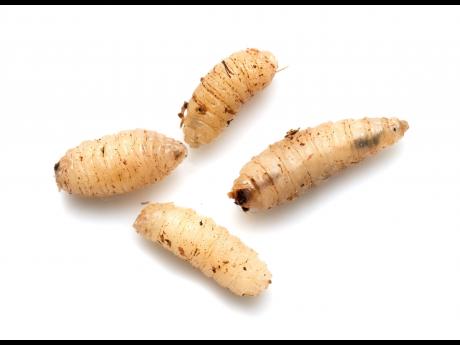 A woman who claims she received a maggot in food purchased at a fast-food restaurant said she is dissatisfied with the $5,000 compensation she is being offered.

The woman, who gives her name as Shanna-Kay, said she purchased a cup of soup at a establishment in St Catherine on October 26 last year but had a most unpleasant experience after she found the larva at the bottom of the container.

"When I went to my workplace and begin to drink it, mi realise it was very cold. When I reach to the bottom of the soup, I saw a maggot on the dumpling, and I showed to my coworkers, and they confirmed it was indeed a maggot. The sight of it make mi start vomit same time," she said.

Shanna-Kay said she returned to the food outlet and spoke with the shift manager, who offered her another cup of soup.

"She took the cup and used a pen to lift the maggot off the dumplings, squeeze both side of it and ask mi if I want back the money for the soup, or if I needed another container. Mi never did ago take a next soup or the $130 weh it cost so she say she a guh send the rest of the soup to the head office for testing," she said.

Shanna-Kay said that after filling out a complaint form, she visited the doctor and was given antibiotics and other medication to cleanse her system. She argued that the fast-food joint dragged its dealing with the situation and believes the company is trying to sweep the matter under the carpet.

"A month pass, and is like a me always have to a call dem. Couple weeks a guh dem call mi and say dem run investigation pon di soup and dem nuh see no maggot in it, but dem still can't tell mi what it was. Earlier this week, mi call dem, and dem say dem still nuh see nothing wrong with the soup. Afterwards, mi get back a next call the same day, and dem say dem a offer mi $5,000," she said.

Shanna-Kay said she has suffered emotional trauma as a result of the ordeal.

"From the 26 a October, me can't find myself a drink soup, even if a mi madda cook a mi yard, because all mi can imagine a the maggot. Mi all go a mi bed and dream say all a inside a mi infested with maggot. The doctor say is traumatise mi traumatise," she said.