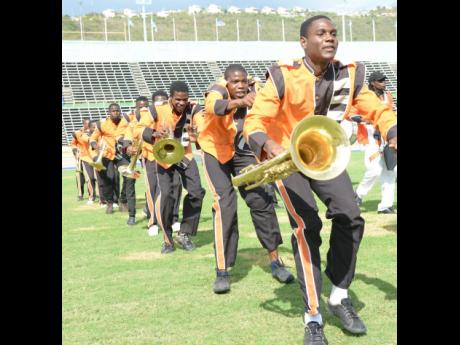 The Tivoli Drum Corps and Drill Team performing at the National Stadium. 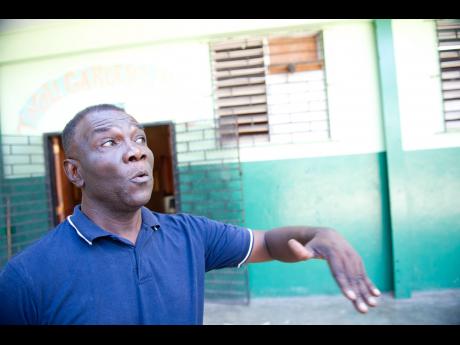 The Tivoli Drum Corps and Drill Team is currently on a vigorous drive for recruits to start the new year. According to assistant director Desmond 'Tony' Brown, all that is required is mannerism and a passion for the arts.

"We currently have 50 members now, but it was originally 80. Most of the members are not from Tivoli, as we see persons coming from even Old Harbour Road. We accept from age 12 onwards, but we are looking towards expanding the lifespan of the band, so we hope we will get a number of new members," Brown said.

The Tivoli Drum Corps and Drill Team, which was formed in 1970, is well known in many parts of the world and has won many awards.

"The same year the band started, it won the national Festival competition and went on to do so for several years. By the 1980s, we were travelling to Costa Rica and sections of the United States, and it's like we became a part of the Labour Day Parade in New York. We play for everybody, including hotel and government parades, and this is one of the main reasons why we say discipline comes first within the team," Brown said.

"The majority of our members have a 10-year visa. This drill team sleep and dream bands, because it is a part of us. Like me, I don't play football or anything ... I spend seven days a week with it. We are very close," he added.

Meanwhile, the Tivoli Drum Corps and Drill Team's quest to recruit new members come against the background of a flare-up of violence in western Kingston.

"The state of emergency is on and we understand that a lot of parents didn't feel comfortable sending their kids from Denham Town to Tivoli for practice," Brown said as he sought to explain the dip in the membership this year.