My Confession: I tried to con a foreign man, but my plan backfired 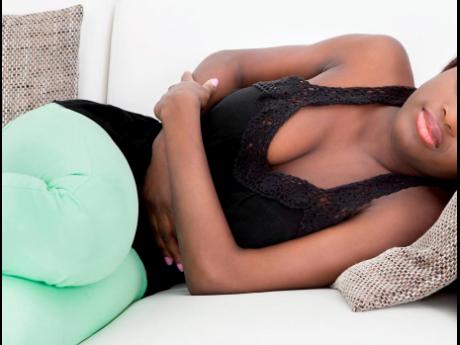 Dear STAR, I usually go online to con men, but I learnt my lesson last year.

I met this white guy from Europe and he told me he liked cooking and baking, and he would want to marry me and cook for me on a regular basis.

Mi get excited same time because mi start think about the dollars. About two weeks after we started texting, he told me he was a ‘feeder’, and it was a major turn-on when his girls were obese and had a lot of weight around the stomach area.

From deh so mi shoulda know say is a madman, but mi play along and tell him say mi interested and mi love him.

Him was really excited, and it never take long before him start send mi money to buy food. Mi always a video call him, and sometimes mi make him watch mi a eat, but mi never normally eat off the food that beside me.

Sometimes me go over mi neighbour and go borrow some of her snacks when mi a go call and pretend like they are mine.

After a while, he started to complain that he wasn’t seeing my weight gain, so I started calling him less and would send him pictures that were altered by an app to make me look fat.

After a few months, he told me, he was coming to Jamaica to visit me and I began to fret. I then told him that I had lied and wasn’t a fat girl and I hated weight gain.

He appeared upset at first, then he told me that he had forgiven me and he was bringing me a nice gift.

Anyway, the man come and mi feel good say white man come pick mi up and him carry mi back to him hotel room, and that’s where everything went wrong.

STAR, when mi reach in the room, it full a food, and he demanded that I start eating. Mi tink him did a joke, but mi never see no joke ina him eye and after mi eat couple a the snack dem, mi couldn’t go no more.

But he told me to continue and that he know Jamaican women were scammers, but he was going to teach me a lesson.

Him put something like a funnel to my mouth and say I should drink the soda he was pouring in. Mi say mi eat till mi start vomit.

After much begging, he told me to stop and give me a kiss and gave me my fare home. He blocked me and I never heard from him again.