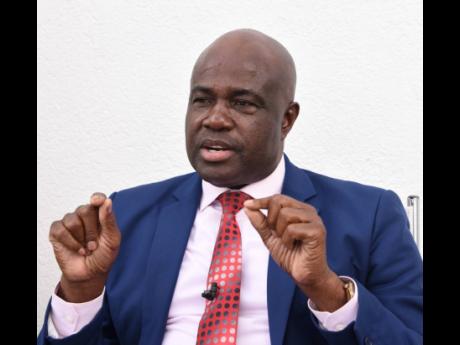 Supreme Promotions Limited's Isaiah Laing, co-founder and promoter of Sting, is scratching the itch to have a book published about the event's rise and contribution to dancehall culture.

Already having penned a book almost a decade ago, Laing said the time has come to give the people "another good read with a distinct perspective of Jamaica's dancehall."

In Laing's 2013 memoir, Point Blank Range: A Jamaican Bad Man Police, he shared the inside story of crime and corruption in the 1980s and how he became a notorious but powerful character within the Jamaican police force. Along the way people gained insight into what it was like to be a cop working in garrison communities.

He said, "I speak about a lot of things - a lot of truth - but more of what surrounded my career and how to carry yourselves in the street. It shares my experience of being grazed in the forehead and to have someone point a gun at you from three yards away."

Set to feature never-before-published back stage anecdotes and artistes' experiences, insights and stories from the organisers, the Sting book should be launched in the first quarter of 2023.

"It takes a format which speaks of Sting from the very first show, capturing specific moments in dancehall and has interviews with the top acts. We are only waiting on interviews to be done with Beenie [Man] and Bounty [Killer]," he said. "With our show, our concept has always been to allow the artistes to speak and they need to do this, to know how to speak and to engage the audience. So this is another element for the book ... them speaking and sharing."

The promoter opined that Sting's return, along with his book, would be a major achievement for the dancehall genre and culture which he believes is becoming overshadowed by Afrobeats on various platforms.

"When I see what is happening with Afrobeats, which, unlike dancehall, is given a place on the Billboard charts, I said I have to save dancehall and bring back Sting in more ways than one. If we are not careful, soon Jamaica will become an Afrobeats country as a lot of the younger generation is embracing it. But we need to look at the wider picture of what is happening to our culture," Laing said.

This year's return of Sting, following a seven-year absence, will see the event being hosted in St Ann at the Plantation Cove.