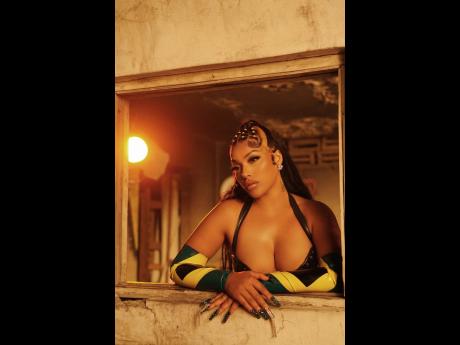 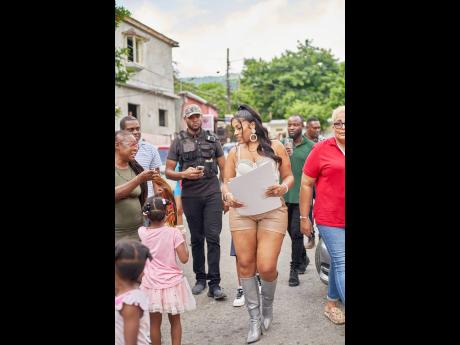 Coming off an eventful trip to Jamaica, where she hosted a treat in the community of Denham Town in Kingston, Stefflon Don has been contemplating a new purpose outside of making music.

The British rapper-songwriter, whose parents were born in Jamaica, expressed a desire to do motivational speaking in schools across the island and globally as she expands her philanthropic efforts.

"Jamaica is special to me and I thought what better time to focus on the country, as it celebrates its 60th anniversary of Independence. Denham Town, and all the people there, are part of my roots so I wanted to do something tangible to uplift the community," Stefflon Don told THE STAR.

Denham Town is a gritty inner-city community that has been bedevilled by high levels of crime. It is one of a handful of communities on the island to be declared a Zone of Special Operation (ZOSO) by the Government. The measure is aimed at transforming the community from one of Kingston's bloodiest into a safe area.

Stefflon Don told THE STAR that Denham Town, despite its problems, "is overflowing with hopes and dreams that need to be realised".

During her recent visit Denham Town, where she hosted a back-to-school treat, she got a close-up view of the "struggles" being faced my many families. The artiste, who also provided grants to parents who want to explore small business ventures, said she found the people "to be so warm and friendly".

"The number-one thing I learnt is that despite the hardship and challenges the people can still find a smile and that epitomises resilience of a people. I love the Jamaican people for this," she said.

Stefflon Don, given name Stephanie Allen, is popular for singles such as 16 Shots and Senseless. She told THE STAR that she considers education to be "one of the realest ways to uplift, elevate and give hope and renewed motivation". The British rapper and singer who rose to fame following the release of her 2017 single, Hurtin' Me, said she feels her purpose is to use her talent and status to give back to the less-fortunate.

"I feel like this is my mission on Earth because I am blessed with a talent ... which is music ... and from that music I am blessed to be able to make a good enough income to live off ... but I also feel like that income should be shared. So, by the grace of God I will make a lot more money and give a lot more to the people who need it," Stefflon Don said.

She added, "I would definitely love to get some more stuff done for the Jamaican youths, maybe try speaking in schools where I can give them advice on how I did what I did, see what their main issues are - especially troubled kids - and see where I can help."