KingBreezy to spread joy with EP 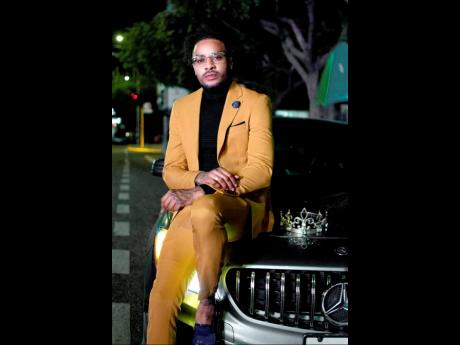 "Mi no like the word 'poor', my songs are focused on prosperity, happiness and the importance of family, so I speak riches into the universe," said up-and-coming dancehall artiste KingBreezy.

The dancehall entertainer, whose given name is David Virgo, made the pronouncement against the background of his six-track EP, Opulence.

The project is set for release this month by emerging producer Kase on the Raps-Aid Production label. It features cuts like Dubai, Don't Give Up, Paradise, and Dream Big.

"Most of the songs I do are inspirational songs. I am trying to educate and entertain, edutainment, and mi ah deal with fun, joy, happiness. That's why mi name KingBreezy," he said.

"My musical direction is driven by the rhythm of each song, thus allowing for a variety of tones and stylistic treatments," he said.

He first began experimenting with music three years ago, and recorded his first official song, Lock City, which was released by MadBoss Productions in 2020. He has continued to hone his craft and scored well with singles such as Dubai and Handsome Gunman in 2021.

"My songs have been getting a buzz in the streets; now it's time for the next level," he said.