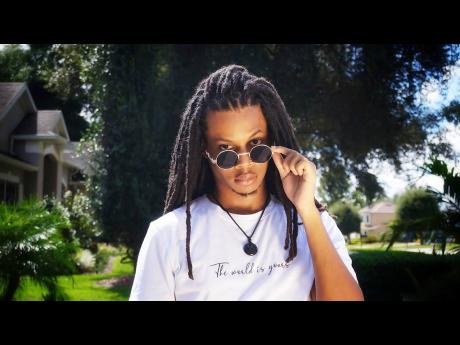 Social-media star Ethan Campbell-Reid, more popularly known as Yaadman Etan, is set to star in a Caribbean-based anime being developed.

Anime is a style of animation that originated in Japan. It is characterised by colourful graphics depicting vibrant characters in action-filled plots.

The Caribbean-based project is set to follow the character Kai-To, who is the son of Japanese samurai Sho Ta and a Jamaican woman named Sarah. It will follow Kai-To's experiences while learning the customs of a samurai within the Jamaican environment.

The project by Vincentian film director and TikToker Tolga Akcayli has yet to be named. Campbell-Reid said the project stemmed from a joke Akcayli made on TikTok that soon went viral.

"He had this idea where he was like what would be cool is if there was a Caribbean-based anime. He just made the joke about how wouldn't it be funny if a samurai did come a Jamaica and look pon a girl and say 'yow yuh p**p** fatana!"Campbell-Reid said. "So it went from joke to let's see if this can actually be a thing."

Campbell-Reid told THE WEEKEND STAR that he is grateful to be a part of the project because the character he is set to play embodies Jamaica's motto: 'Out of Many, One People'.

"When you in a country, like the (United) States, people are going to want to see you and connect you to where your parents are from, not who you are as a person or an individual. In Jamaica, we don't business weh yuh people dem come from! You may have certain cultural connections if your people are from a different country but at the end of the day, we nah see yuh as anything different. So, it's that type of connection and dats why me seh the character embodies what our motto is," he said.

Campbell-Reid said that it is important that the production depict the authentic Jamaican culture.

"Me tired fi a see the people dem a make voice actors of (those) playing the role of a Jamaican, who is not a Jamaican, and don't know how fi do it right," he said.

Akcayli is in the process of creating a demo for the project.

"Once the demo is released, we hope to get positive feedback from our Jamaican and wider Caribbean audiences and the necessary support to complete the project," Campbell-Reid said. There is currently no date for any official release. Campbell-Reid said that he is hopeful this project will cater to the needs of his fellow Jamaicans who enjoy anime and manga (graphic novel comics) and feel represented by it.

"With this being said, many Jamaicans have fantasised about what would an anime look like if it were based in this crazy island we call home. With authentic representation, the thirst for that fantasy could truly be quenched," he said.