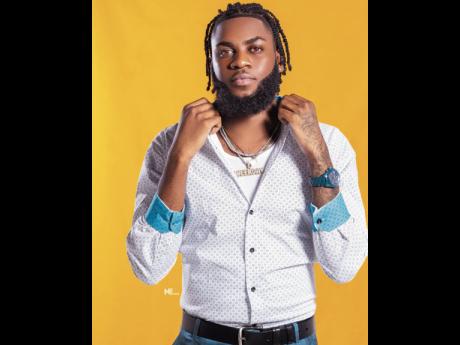 Dancehall producer Week.day is getting ready to release his latest project titled Xesperience, the EP from dancehall artiste Knaxx.

"This project consists of seven love songs that I know the ladies will enjoy listening to. It's a mixture of dancehall and R&B with an Afrobeat vibe and a whole lot of different elements that altogether make the Xesperience EP an amazing experience," the producer explained.

While he has officially been in the game for the past few years, music has been a major part of Week.day's life for as long as he can remember. The producer, given name Jahvanie Morrison, grew up with a musician father, and as the younger brother of producer Jahvy Ambassador, one could say that music runs through his blood.

"My standout quality as a producer is the time I spend on my music, the way in which I interpret things. The love I have for music can be heard in how I create it. It's just a different sound from everything else you hear," he said. In his short tenure, he has already filled up an impressive resume of hits, having worked on projects for major artistes such as Alkaline, Mavado, Kranium, Jahmiel, Jessie Royal and Julian Marley.

"What I create depends on what mood I'm in. If I'm in a good mood, I might create something happy or upbeat. I like listening to different genres of music as it helps to refresh my mind and give me new ideas. I sometimes visit places like the beach as well to free my mind because when I'm in the studio with a clear mind, I just get in my zone and everything flows freely," he stated.