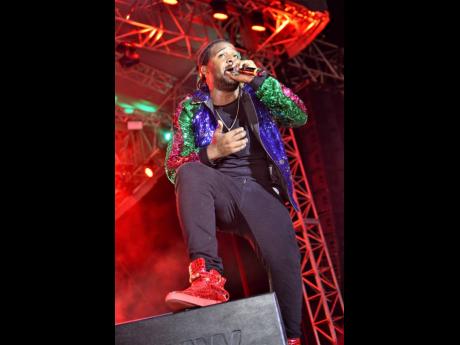 Dancehall star Teejay is today basking in the fact that his single, From Rags To Riches, has cumulatively racked up some 15 million views on YouTube this year (for both the official and lyric videos).

In addition, the single is the second highest streamed song in Jamaica for 2020, bested only by Koffee's Lockdown.

In an interview with THE STAR, Teejay said although he is ecstatic about the song's success, he knew from the moment he voiced the track that it was going to be special.

"That song, mi just hear the riddim and go inna di studio and start sing, I swear. Like mi inna di studio and the riddim a play and mi just start put words to the riddim wid melody. From me sing di part say ' we nah worry bout nothing', everything flow. It never take me a hour fi voice the song because it did a come from a very real place," he said. "I think the fact that it is a reality song is what made it so successful. People love it because dem can relate to it. Everything weh we go chu as ghetto youths mi put inna di song so mi know it did a go be a hit. People a dead hard a Jamaica too, so fi have life and deh yah so a go inna 2021, it's a joy."

Teejay said he believes this is just the beginning for the track as it has not neared its true potential.

"Mi always a say me want a song weh can live on 30, 40, 60 years, a song weh mi pickney dem can listen and come sing and say a classic music. And that is what From Rags To Riches is. Me dweet from mi heart and because a dat mi know it have a next 90-year shelf life," he said.

The entertainer, whose name has come up in conversations about 'male artiste of the year', says he doesn't concern himself with titles and accolades.

"We deserve certain things because we put in whole heap a hard work throughout the years, but I will never be that person who will say Teejay is artiste of the year. I just focus on putting out good music and let the work speak for itself because really and truly the artiste of the year is dancehall music because everybody a do dem thing and a make the genre look good," he said.