Nesbeth says ‘Blood Letter’ will be bigger than ‘My Dream’ 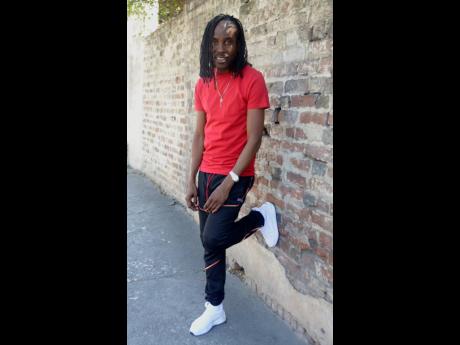 Recording artiste Nesbeth has re-emerged on the music scene with his latest single, Blood Letter.

The track, released last Friday, is a powerful representation of the struggles people of the black race have endured for centuries.

The My Dream hitmaker told THE WEEKEND STAR that the song represents his way of using his voice to bring awareness to the issues plaguing black people.

"I am looking forward to inspiring a lot of people to advocate for change with this track. My objective is to make this world a better place, and what better way to achieve that mission as a musician than through music? I have learnt over the years, whether we want to believe it or not, a lot of people do not see why they need to be a part of the solution," he said.

In crimson ink, I write

To whom it may concern

If we continue to die

Then we gon' let it burn

Our voices still not heard

Those written in blood are the only lesson learnt

The song comes at a time when Black Lives Matter issues gather steam across the US and much of Europe amid mounting concerns about racially motivated abuses and other forms of discrimination.

"They distance themselves from the problem and I honestly believe that if you can make a contribution to the solution and you don't, then you are a part of the problem by extension. I am just trying to be a part of the solution. I am not sitting down and joining the group mumbling and murmuring about the problem. I am using the tools I have to foster change the way I know how," he said.

The entertainer said that he believes his latest single will be as big or even bigger than My Dream, the track released in 2015 that made him a household name.

"People are telling me that it goes deep. They say this song goes beyond their expectations and that says a whole lot. They appreciate the raw emotions, the storyline, everything," he said. "This song is trying to pull the people together. Our weakness as human beings is the fact that we're separated and so our strength is going to come when we're unified. This song aims to bring us together again in a way that fosters change."