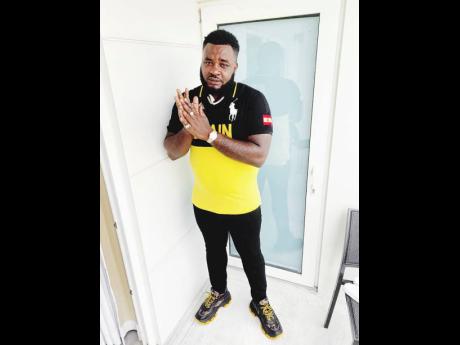 Extol Spence has been shuffling rhythms since 2011, but has recently found the right hand to play to compete against some of the big names in the music production game.

Entertainment executive Romeich Major said Spence is responsible for several "hot tracks" circulating the airwaves, which indicated that he could be doing more work with his roster.

Spence said that he would "allow the music to do the talking", adding that it was one of the many suggestions he received from Major.

"He tell you as it is. Any advice he is giving he will not steer you in the wrong direction unlike many persons within the industry who take on that attitude to look out for themselves," Spence said. The dancehall record producer is the man behind Teejay's Guard Ring and Big Drip singles, both released under his label Extol Music.

Prior to these projects, he operated as D'Ultimate Dream Team Entertainment which is credited on tracks like Loyalty by Govana. But he was advised to increase the brand's visibility by personalising his name. Ironically, while growing up, persons often made fun of his first name.

"It didn't matter that my name was unique and meant to sing praises," he said. "I am going to be honest and say I hated my name. But as of April I re-registered as Extol Music and I anticipate more persons will recognise the work to become extolled in Jamaica's dancehall community."

Spence's father, Antonio 'Blacka' Spence, is a former touring musician who has backed veterans like Luciano and Gregory Isaacs. Exemplifying a similar attitude, Spence explained that he is in no rush to be signed to the Romeich Entertainment team but, "with hard work and, more importantly, patience, I hope to secure a spot".

He has worked closely with Teejay since 2013, and both are looking forward to the release of the single Investing, which they believe could be the next big hit.

"Popcaan, Vybz Kartel and Shenseea are some of the artistes who I would like to add to my catalogue, but if there is anything I take from my father's career, it is that there is always going to be a fight. But loyalty and commitment is sure to make you reach far. To this day he is still putting in the work," Spence said.