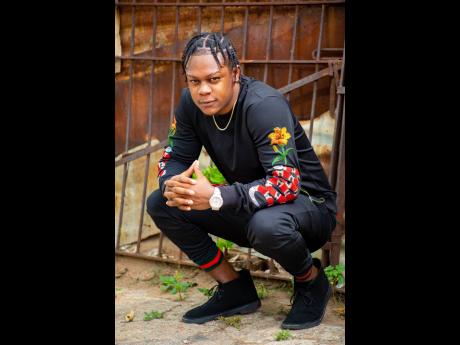 With the lyrics to Dem Gyal Yah Wicked still on the tips of many tongues, recording artiste NVasion has released another single titled Money Call.

The single, produced by Estate Entertainment, has landed on the 'Dancehall Official' playlist on Spotify alongside songs like Alkaline's Total Murda, Dexta Daps' Call Me If, and Busy Signal's Stay So.

He is now set to release the visuals for the single and has started his promotions. Money Call speaks to poverty and the willpower to rise above adversity and create change.

He said, "This song acts as a motivation for both genders who are facing financial difficulties, especially in these uncertain times. We must self-motivate, rise, and change our mindset towards life without playing the victim role. We can change our situation."

Money Call has received a great reception from fans in Jamaica, the wider Caribbean and the United Kingdom. "When people hear the song, they love and appreciate the composition and the play on words. Many find it relatable and believe, like me, that it has great potential to dominate," added NVasion.

The artiste, who hails from Kingston, has been on a fast upward trajectory since his appearance on BBC1xtra in April.