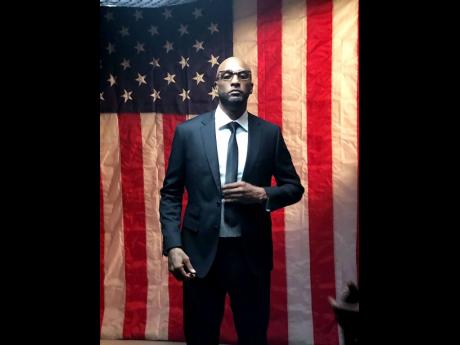 "My new single is a reflection of the status of the world that we live in today. Black people are being killed in the streets, and no one is paying the price," said RedLyte, whose given name is Al LaRoche. "You can't go to bed at night without wondering if your door will be sprayed with bullets. There are many injustices happening before our very eyes, so we have to educate one another on our power."

Hold On My People is the debut single from his latest project Back To One which will be released in 2021.

"The song is a reminder that now is not the time to give up. We must stay strong. We must stay together. We must educate ourselves and stand strong. Most of all, we need to spread love and share love," he said.

RedLyte said a snippet of the song was shared on Instagram, receiving rave reviews, including from platinum-selling rapper The Game.

"When The Game liked my post that was a major seal of approval. His support will help us achieve our ultimate goal, which is to spread the message and to inspire," said RedLyte.

Trinidad and Tobago-born RedLyte has music ingrained in him. Relocating to the US with his family at age seven and settling in Brooklyn, New York, he became enamored with the dancehall and reggae music of the late 80s and 90s.

Now a resident of Miami, he incorporates his Caribbean calypso and reggae roots with influences from hip hop and R&B.

"My music touches on educating the youth, understanding the power we hold as a race and spreading love among all. My music is filled with emotion and pain," he said.