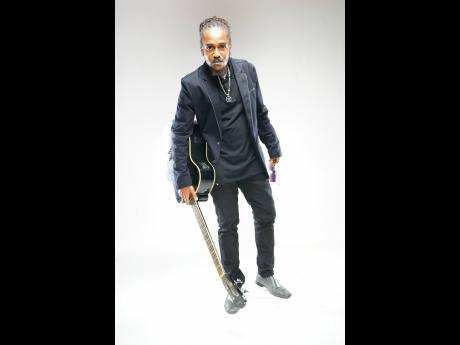 Kisko Amar-I is working hard to establish himself as a top act in reggae music, and the Florida-based singjay is currently promoting a five-track EP titled Promise.

This is his second EP. It is self-produced and was released on his Kisko Amar-I Music imprint on April 7.

"I've been working hard over the past few years to make a name for myself in the music business. I am confident that the release of this EP has taken me one step closer to achieving this goal. It's a wonderful EP. All of the songs a carry a positive message that people from all walks of life can relate to. This is the kind of music that the people need, especially in these trying times," said Kisko Amar-I.

The humble Rastafarian entertainer, who originally hails from Steer Town, St Ann, said he was motivated by the outbreak of the COVID-19 pandemic to produce the EP.

"Last December, I released a single titled Almighty Father, and in February, I released another one titled No Fear In Love. Both of them are on the EP. I was promoting these two singles earlier this year, and then the pandemic happened. So I figured with all that was happening, it was the right time to drop another collection of uplifting music for my fans," he said.

Kisko Amar-I is also promoting the video for a track from the EP titled Mama Earth.