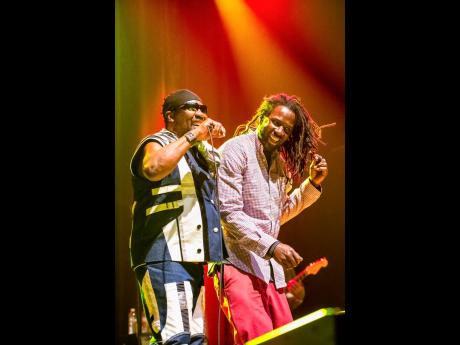 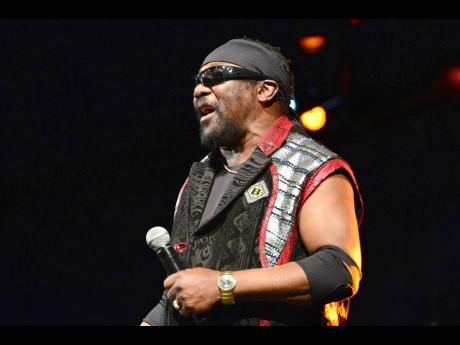 Clayton 'Junior Toots' Hibbert, the son of legendary frontman for Toots and the Maytals, says that the day his father died was the worst in his life, but he can now smile at what he calls Toots' indomitable spirit, even in death.

"If my father went on tour and got a tour bus that was subpar, he would not accept it. That's a part of his vibes. That's the Frederick Nathaniel 'Toots' Hibbert spirit. Even in death, he is making headlines. Yuh know how much people alive and can't mek the front page?" Junior Toots remarked.

Junior Toots, a singer like his dad, is based in the United States, and he told THE WEEKEND STAR that the last time he saw Toots was in March. "I was also on tour doing my thing, but I decided to go to his concert, and drove six hours to surprise him. His tour bus pulled up shortly after me, and I went out to greet him. He was so happy to see me. It was a sold-out concert, and my father gave his best, as always," he said of his "hero", whose December 8 birthday is one day after his own.

He thanked all who have supported his family, especially Prime Minister Andrew Holness and Culture Minister Olivia Grange for arranging to have Toots interred at Heroes Park. "It is a huge honour which means so much to me."

Junior Toots, at his father's request, has covered one of his songs, Sweet and Dandy, which was played at Toots' memorial. "I have performed with my dad, but I don't touch his songs. But since he asked I did it and sent it to him to listen. His response was, 'Yes, my boy'!" he recalled.

In a poignant tribute, Junior Toots stated, "He was a musical inspiration to many people around the world but especially to a generation of Jamaicans who migrated to the United Kingdom, United States and Canada. To these Jamaicans, the music of Toots was like having a lifeline to their country and culture. Toots' musical messages played a huge part in the lives of the Jamaicans, and by extension the Caribbean diaspora. Despite all that, to me, he was simply 'Daddy'."

He lauded Toots as "a generous soul" who would assist people with money for bills and medicine. "He was also a highly disciplined man and had a gruelling tour schedule even though he was 77. My family - Mrs Doreen Hibbert, his wife, and my siblings, Hopeton, Jenieve, Leba, Ryan, Maryann and Jessica - have many roads to cross but as the Pressure Drop, we will lean on our father's teachings."

Toots passed away on September 11 after experiencing complications due to COVID-19. Last week Thursday's burial at Dovecot was abandoned as the burial order could not be found.

A change of plans will now see Toots' remains being interred at the National Heroes Park in Kingston.