Yellowman calls for ‘No More War’ 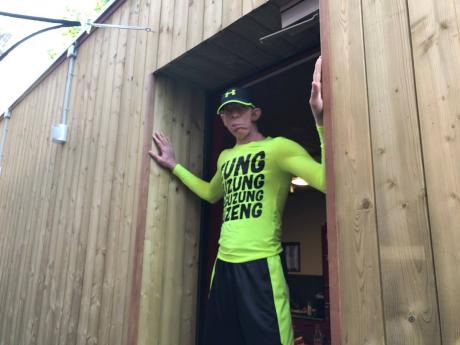 Despite the worldwide pandemic, Yellowman is ready to continue promoting the 14-track album by completing visuals for a few of the singles on the project.

"Purely the love for music and the demand from fans makes me continue. It elevates me from all the bad things I have been through growing up. It's the biggest inspiration in my life. Music is simply my healing," Yellowman explained.

With more than 40 years as a reggae/dancehall figurehead, Yellowman is excited to bring a new project alive in a new era of how music is received.

"The difference between now and then is that I feel it has grown into a different dimension. It's more accessible to the fans due to social media, and so visualising the music is very important," Yellowman added. No More War is also very special to Yellowman because it gave him a chance to complete a musical project with his kids.

Daughter K'reema and son Kemo produced, sang, as well as wrote on the album. The involvement of his children makes the project very special to the hard-working artiste who also tours with his children on a regular basis.

The visuals for the album are already being shot across the island, including Montego Bay in St James. The official video for the title single, as well as for other singles, Sex Education, Kiss me each morning, Better Days and No Woman Tonight, will be released in October.