Insideeus has his ‘Guard Up’ 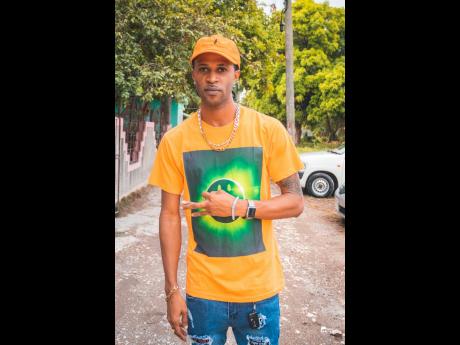 Dancehall artiste Insideeus is still revelling in the success of his track, Guard Up. Officially released on May 26, the track is now supported by an accompanying music video, which was released on September 17.

Directed by 9 Mile Visualz and Pecadores Entertainment, scenes of drama, action, controversy and entertainment were captured through various locations in St Catherine and St Andrew.

"I try to do music based on current topics and events. With the things that I see on a day-to-day basis, and based on how Jamaica is running right now, you have to be on your guard 24/7, hence the creation of this track. I do touch on a variety of other topics as well," he said. Since its release, the track has been performing quite well.

"The feedback has been tremendous, it's been creating waves like a tsunami in the streets and on social-media platforms," he said.

After Guard Up, the artiste released his follow-up track Dutty Money on July 15. Having cultivated a sound for himself that combines various genres, the artiste is known for previous releases such as Big Choppa, Heaven, and Dream Come True. One of his biggest singles is Ecstasy, which has amassed more than 280 million views on YouTube since its release in October 2018.

"My style of music is a combination of old-school raunchy dancehall, with a mixture of new school trap dancehall. I wouldn't limit my music to just one category because my type of music is far-reaching and inclusive of all genres," he said. With these new singles, the artiste said that he has much more in store.

"What's in the pipeline for me is to continue promoting the brand Insideeus, releasing new visuals, a lot more good music, and as soon as the pandemic is over, hopefully, I can resume travelling and getting my music to the far corners of the world," he said.