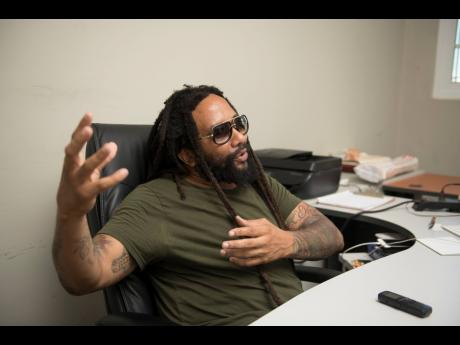 The musical magic took place at the famed Circle House studio located in Miami. Owned by Inner Circle, one of the most emblematic reggae bands in the world, the studio boasts more than 40 years producing music for some of the biggest names in the industry, such as Pharrell Williams and Lauryn Hill.

The song came to fruition when the band was on tour in Miami. Then Carlos Ariel Peralta, better known in the industry as Maffio, contacted them to propose that they work together.

"It was very exciting for us to know that this renowned Dominican producer wanted to work on a song with Alkilados. We immediately answered yes, and the next day we went to his studio," Juanito Alkilados said.

To their surprise, Ky-Mani also came to this studio. The collaboration they once dreamed of became a reality, and together they co-wrote and sang Besos de Limon.

Could not believe it

"When we were already in the studio with Maffio he began to play the piano with his own particular way of doing it, then Ky-Mani arrived and we could not believe it," Lucho Alkilados said.

For Alkilados, working with one of the most important reggae legends today represents a great milestone in their musical career that has always been influenced by this genre.

" Besos de Limon is a song that, together with maestro Marley, has us full of joy, and we hope they vibrate and enjoy it as much as we do," said Juanito and Lucho Alkilados.

Due to the current state and various restrictions of the world, each artiste separately recorded their part for the forthcoming Besos de Limon video; however, the result is a very special audiovisual piece that perfectly pairs the visual synthesis technique to create a work of art.