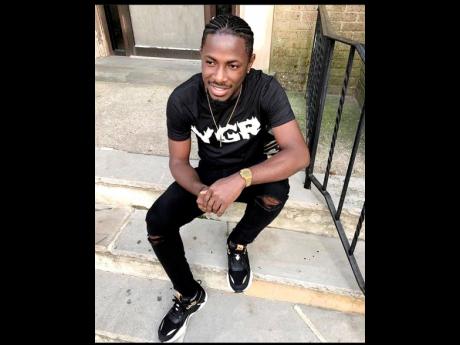 "The inspiration behind this riddim came based from the reaction my joint producer IAMWAVE and myself got after we put it together. Immediately after sending out the riddim to various artistes, I got the same response, "English the riddim a fire, enuh'. That is what inspired me to give it that name. My alias is English," explained producer Kevane Thompson.

According to Thompson, getting the artistes involved in the project was quite easy.

"It wasn't difficult getting the artistes involved. All the artistes loved the energy and intensity of the riddim. It was also smooth sailing seeing that there is a mutual respect from each artist that I interacted with," said Thompson.

YGR was established in 2013. Its first rhythm project was Antics, which featured songs by Teejay, Quada and Bryka among others. Thompson explained how he got into music production.

"My love for music began at age 10 after being around my father Linval Thompson, and always seeing him construct musical projects. I, however, started officially at the age of 12 when I produced my father's last album," said Thompson.

The elder Thompson is a well-known reggae and dub musician. English Fire was released last month. It is distributed by Zojak Worldwide.