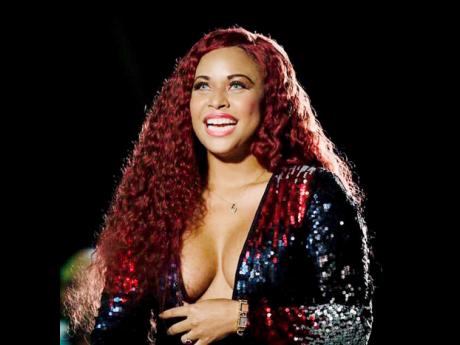 Although she was born in Florida and raised in The Bahamas, the influence of Jamaican music was a big part of Pascalli's upbringing.

"I have been coming to Jamaica since I was a teenager. I first got into the culture after returning to The Bahamas, where I was introduced to Lady Saw's hit song, No Long Talking. Later on, I began to listen to songs by Red Rat, General Degree, Ce'Cile, Sean Paul, T.O.K and Beenie Man, just to name a few," Pascalli explained.

Last month, Pascalli, who is of Bahamian and Dominican parentage, released the Kwarantine rhythm. The project was inspired by the current COVID-19 pandemic sweeping the globe.

It features the songs Mad Head by Ding Dong, featuring Pascalli, Hardcore Love by Pascalli, Live My Life by Klaryti, Cheating Games by Bay-C and Tifa, and Wine Fi Mi by Lockit.

"The response to the project has actually been great so far. It has been getting support from DJs around the world, and other artistes have been reaching out to get on to the riddim. I think a lot of people were surprised to know that I am a producer in addition to being an artiste and songwriter, because I usually keep a lot to myself," said Pascalli.

She explained why she chose to work with reggae and dancehall artistes for her debut rhythm project.

"The genre is very close to my heart and from I was a teenager, reggae and dancehall music were what I would listen to," she said.