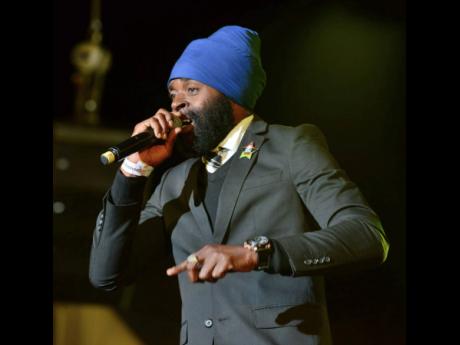 Prolific singer and songwriter Bugle says his song, ' 24HRS', was done long before the novel coronavirus was discovered in China. The song, which has accompanying video shot by Damaniac Visualz, speaks to the impact on the nation's productivity if persons, including civil servants, decided to withdraw their service.

"What if we all just want to take a rest and no one goes to work, then the consequences might hurt someone deeper than ourselves.

What if the man who cleans the road him no decide fi sweep and the cops them inna the jeep decide fi sleep.

Pastors weh fi preach decide to feast, if teacher no go and teach the misguided kids.

Doctors stop study indeficiency get preoccupied from preventing yeast or any new form of pandemic disease."

Although the song was recorded nine months ago, it seems the Rasta Party hitmaker had a clairvoyant moment about what was on the horizon as his narratives fit the current global pandemic.

"When you hear this song people may think I recorded it for the pandemic but the truth is, this was done nine months ago and is featured on my Picture Perfect album released August 2019. This particular song I did because there are so many different types of music out there, and I just wanted to present the people with something that would make them think on a deeper level," Bugle said.

The video for 24HRS was shot throughout the Kingston and St Andrew metropolis and shows Bugle walking through the seemingly deserted streets of downtown Kingston as he sings the thought-provoking song.

"What is even more ironic is after recording the song the concept I had for the video is exactly what we see being played out in real life, the entire society on lockdown. A video is important for a song like this because not everyone will listen to what you are saying, but when you add visuals it makes the presentation more impactful," Bugle said.