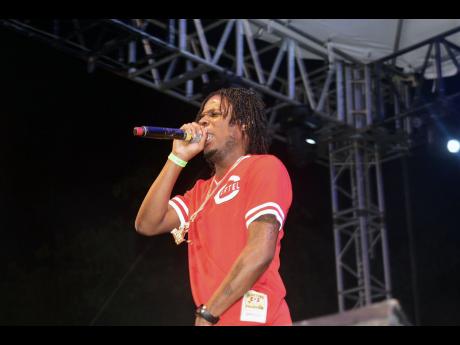 Following up on the success of his ‘Ice Cream Truck’ single, dancehall artiste Masicka is once again showing off his musical prowess with the release of his latest track, ‘ Grandfather’. The single hit YouTube on Monday, and in less than 24 hours landed the number one spot on the platform’s local trending chart as it gone above the 500,000 views mark.

The song sees the deejay taking on the persona of an elderly man who serves up ‘lessons in badness’ to his young grandson.

“ Lowe di juvenile, dem safe, we nah corn dem. Nuh wild shot, draw him out cuz we wah dem see ... nah kill nuh woman,” the deejay spits in the first verse, highlighting the differences between how gunmen past and present carried out their criminal acts.

Pointing out that he has now got too old for war, Masicka’s character seemingly gives his grandson his blessing to continue his legacy, but with the wisdom and war tactics of the older generation.

Some may believe the track is glorifying gun violence, but fans of the deejay could only see his artistry. Dubbing him dancehall’s most underrated talent, social media users and YouTube viewers commented that it’s time the deejay gets his due in dancehall.