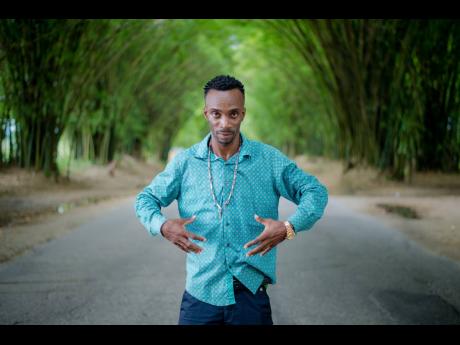 Singjay Mawga Don recently copped the St Elizabeth Artiste of The Year Award at the fifth annual JEMP Awards, which was held at Blakey's Enterprise in Bull Savannah, St Elizabeth.

The Middle Quarters-based entertainer, who is known for songs such as Respect, Tune Up, and God, which features reggae star Luciano, said that he is grateful for the award.

"I would like to thank Jordane Wright and the rest of organisers of the JEMP Awards for giving me this award in recognition of my work as an entertainer in the parish of St Elizabeth. I also have to thank all the fans who voted for me to win this award," said Mawga Don. "Winning this award is encouraging because the music business is very hard. Sometimes I feel like giving up, and maybe I would if it wasn't for the support I get from sound systems in Jamaica and other parts of the world and the love of the fans. Luciano, Capleton, and Jah Mason also give my career a lot of support."

"Since the start of the year, I've recorded and released several new singles for producers both locally and overseas. As an artiste in today's world of music, you have to drop a lot of new music often to keep your career vibrant," he said.

Also in the pipeline for Mawga Don is a tour of Brazil and Argentina, which is scheduled to take place later this year.