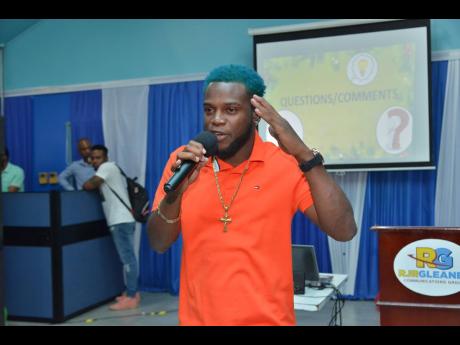 After careful considera-tion, dancehall artiste Flyght, formerly called Bluugo, and his team decided late last week that they would postpone his debut tour of the United Kingdom (UK). The 2018 Magnum King was scheduled to leave the island on Friday to embark on his 'Cut Dem Off' tour, but said the promoters and his management team believed it was in his best interest, and that of his fellow Jamaicans, to reschedule until after the coronavirus outbreak has been brought under control.

"I am disappointed because this tour was supposed to showcase my talent on a large scale and prove that I had a lot to offer to the dancehall space, but safety comes first every time," he said. "We all see how this virus is affecting the world, and if me postponing my tour will help keep myself and others safe, then that is what I must do. We are rescheduling and will keep the fans updated on the developments as we go along."

His manager, Kizzy, told THE STAR that although the process of rescheduling and securing a new date will be tedious, they prefer that than putting their lives and that of others at risk. "We were mindful that the first case of the virus in Jamaica was imported from the UK, and even though we thought this tour would have been great exposure for our artiste, our main concern was the health and safety of our artiste, our other team members, and Jamaicans on a whole," she said. "We will take this time to continue work in the studio and come next week, we will be releasing a new single called Quarantine and Netflix. It will be released under the New Waves entertainment label. We will also be having a live Instagram concert this Friday, starting at 6pm on his page. We are inviting his fans to tune in as we try to get through this difficult time together."