Shana S looks to give back to hometown 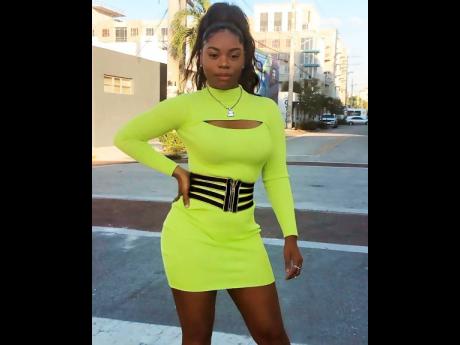 Dancehall artiste Shana S feels that times of crisis demand that humanity responds with compassion and goodwill towards each other.

She believes that the spreading coronavirus is going to have an adverse impact on families who live pay cheque to pay cheque, and she wants to do something to help.

"I want to give 10 families in Port Antonio (her hometown) $13,000 each to buy groceries, families who are feeling the financial impact of the coronavirus. They can contact me through my Facebook page. I want to give back to Port Antonio, these people who were like a big family to me growing up," said the artiste, whose given name is Shana Simpson.

To this end, Shana S is allocating US$1,000 of her savings towards assisting parents with primary-school age children in Portland who may have financial challenges during this government-mandated 'quarantine and chill' period, brought on by the COVID-19 outbreak in Jamaica.

"It's a no-brainer to do my part and help out where I come from," she said.

Shana S is the eldest child for both her parents. She attended Titchfield and then Port Antonio high schools, when she became interested in hairdressing, music and art.

However, she didn't take music seriously until she migrated to the US in 1999.

She began to experiment with music, and in 2003 she recorded her first official song, Nah Back Down under, the name Sexy S.

Since then, Shana S has collaborated with numerous music producers and invested heavily in honing her skills as a recording artiste, songwriter, producer and music video director.

She releases all her music under her own label, Shana S Music.

She is now promoting her new single, Different Style, which was released on March 13 on her label. A video for the project has also been released to cable television.

"The inspiration behind the song comes from people who spend their time talking about other people, wasting time trying to bring down other people, instead of using their time to progress further in life," she said.

She is aiming to release a seven-song EP this summer.