Prince Junior back after a 30-year break 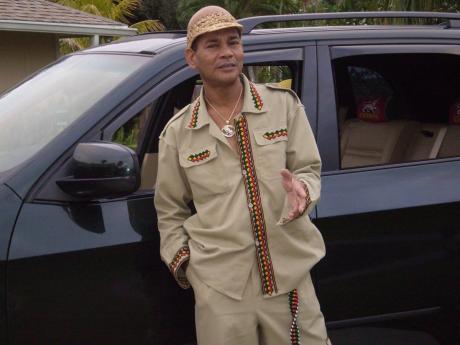 Reggae singer Prince Junior is in high spirits as he promotes his new single, titled ' Oh Me Oh My I Love Jah'.

The song, which samples British R&B singer Lulu's 1969 hit Oh Me Oh My, is scheduled to be released on April 3 on his Angel Soundsation imprint through VPal Music.

This is the veteran entertainer's first single in 30 years. His last single was a song titled Run Come Celebrate.

"Over the past three decades, I've spent most of my time building my career as a sound system DJ. That was my main focus for a while, but I always kept on performing on live events despite not putting out any new recordings," said Prince Junior.

Prince Junior, whose given name is Bancroft Chin, began his recording career in 1970 under the tutelage of legendary Jamaican producer Sir Coxsone Dodd.

"I started out playing sound systems when I was a teenager, and when I was around 15, a friend took me to Studio One and introduced me to Sir Coxsone. I wanted to be a singer, but Mr Dodd wanted me to be a deejay. He put me on the B-side version of Freddie McKay's hit song, titled There's A Picture Hanging On The Wall."

Shortly after his first release came out, Prince Junior migrated to the US.

"My family migrated to the US in 1971. We moved to New York, and that's where I lived for about 40 years until I moved to Stuart, Florida, in 2006. While living in New York, I was very active in the Jamaican music scene," he said. "I was the main DJ on Son's Junior Sebastian sound system and I also travelled a lot to Jamaica to play on events and record my music."

The Kingston-born Prince Junior is the owner of Angel Sound, which is one of the most popular sound systems in Florida. He also spins music on the popular online radio station Naturalvibez.com.