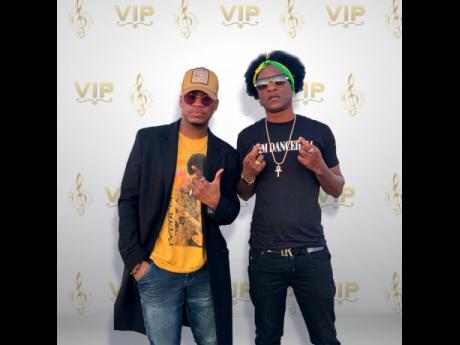 Grammy-nominated music producer Troyton Hinds of Troyton Music has another international collaboration under his belt, this time teaming up with Ne-Yo and Charly Black.

The track, Over Again, is set to be officially released on March 27, and will be available on all digital platforms via Sony Music and Hapilos Distribution.

According to Hinds, the collaboration was done last December.

"I sent Ne-Yo the beat and told him I had an idea for a track with him and Charly Black. Two weeks later, he told me he was going to be in California doing some work on his upcoming album. So I flew out to California to record Ne-Yo's part of the track. A couple of days after we recorded, I came back to Jamaica, where I linked up with Charly in the studio, and the rest is history," he said.

Hinds also expressed that it's a great opportunity to record with Ne-Yo once again after sharing much success with the singer back in 2011, when he did a remix to Mavado's I Know You Want Me.

"It is always good to collaborate with people in different genres of music. My label is always open to that," said Hinds.

Over Again is a crossover song that is expected to be played across the world in every mainstream market.

Hinds is currently working with some other mainstream artistes that have huge international followings. He's also gearing up to release a dancehall project which he is quite upbeat about.

"This year is a huge year for Troyton Music. I am currently putting all promotions needed behind my latest project, Love Rapture, and for any of my project thereafter. I just want to thank all my supporters for staying tuned into my music; and with all that is going on in the world, to please be safe in this time," he said.